Cakes 'not even close to making work okay'

ATTEMPTS to bribe the workforce with cake have failed miserably, it has been confirmed.

Cakes and ‘cake days’ have been used by managers to distract workers from the soulless and exploitative nature of their jobs.

However employees confirmed that while they were more than happy to eat the cake they totally saw through this patronising bullshit.

Administrator Nikki Hollis, 28, said: “I’ve got to work here until I die because I was born into the lower rungs of society.

“A small cake with blue icing on isn’t going to pull the wool over my eyes, even if I will stuff it into my mouth whole and then return to the cake box three times like some sort of scavenging animal.”

Account assistant Nathan Muir said: “It’s not like Neo in The Matrix just forgot that humanity was enslaved by machines because they offered him a cake.

“However, if that happened he would still have eaten the cake, especially if it was a big slab of Rocky Road from the better of his two local bakeries.” 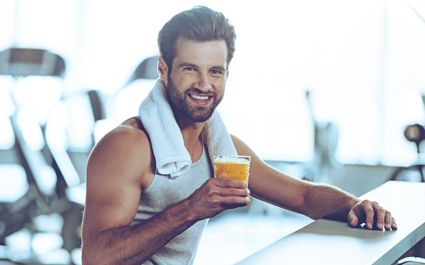 A MAN having a month off alcohol is putting his concerns about life expectancy before his mates, it has been claimed.

30-year-old Tom Booker has been refusing pub invites and treating friends like dangerous ‘enablers’, just so that his liver and other major organs can repair themselves after a year of sustained drinking.

Booker’s best friend Wayne Hayes said: “When Tom split up with his fiancee he was in bits but I was there to talk it through and to take him to the pub. I’d like to know where his liver was at the time, because it seemed to be doing fuck all to help.

“Now though, it seems to be all about his internal organs, because they’re apparently so ‘special’ and keep him alive.

“It’s his choice to ignore his friends, we all know his liver and his circulatory system won’t be there for him in a crisis.”

Booker’s closest work friend Stephen Malley said: “It’s like they say ‘You can get another liver, but you can’t get your mates back’.

“Actually I just made that up but it’s perfectly true.”