THE idea that workers can switch jobs is a myth put about to stop them become depressed and unproductive, it has emerged.

Employers are told to respond positively to workers’ stupid plans to go off and work in a monkey sanctuary or become a crime writer, safe in the knowledge that it will never work out.

Company director Donna Sheridan said: “Our telesales staff are tied to this place by rent, mortgages and being mentally good-for-nothing thanks to years of brain-numbing toil.

“But if they realised they’ll be putting numbers into a computer until they retire and get a plastic clock, they’d probably lie down under their desks waiting to die.

“Sometimes I casually mention a woman from marketing who retrained and became an Apache attack helicopter pilot. Obviously it’s bollocks, but they love it.”

Sales manager Tom Logan, 40, said: “People are always successfully following their dreams, so I’m sure I can redo my GCSEs, A-levels and degree and take out a huge loan in order to become a brilliant doctor like Hugh Laurie in House.

“My boss was incredibly supportive and bought me a stethoscope before telling me to get on the fucking phone and sell more bathroom fittings.”

Real Madrid pretending ‘Special One’ banner was made for Zidane 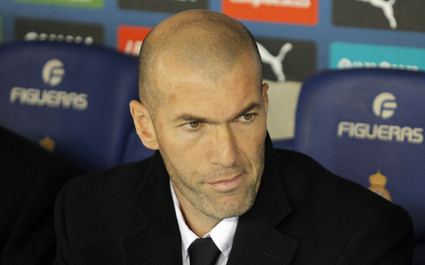 STAFF at Real Madrid are making out that a welcome party clearly intended for Jose Mourinho in fact applies to Zinedine Zidane.

There was an awkward atmosphere at Real’s headquarters as Zidane was greeted by a garish banner saying ‘Welcome back Special One’ and a buffet table of Portuguese delicacies. Meanwhile staff hurried to burst a series of balloons spelling Mourinho’s name.

Real secretary Jorge Olazabal said: “We all had to pretend that we’d always called Zidane the Special One and that the Portuguese custard tarts were tart au flan, but Zidane knew as soon as he tasted the cinnamon sprinkles.

Zinedine Zidane said: “My contract had another name on it that had been roughly scribbled out, also the last three zeros on the salary had a line drawn through them.

“I don’t feel like I’m in anyone’s shadow, although it would be nice if they could remove the giant framed picture of Mourinho lifting the Spanish league trophy that is currently above my desk.”