Britain in race against time to avoid bad luck

ANYONE with Christmas decorations still up tonight will probably die, experts have warned.

Britons with so much as a single bauble still visible at midnight are guaranteed to suffer a year of horrific bad luck for themselves and all their loved ones.

Professor Henry Brubaker of the Institute for Studies said: “No one knows why such a seemingly minor misdemeanour as forgetting to take down some tinsel should ruin your life while you can do a murder and still carry on as normal, but there it is.

“Last year a man foolishly left his Christmas tree up until the sixth of January. Soon after his dog was flattened by a falling mirror, his wife left him for his uncle and he lost both his feet in a freak landslide in the centre of Leeds.”

Travelling salesman Stephen Malley said: “I’m away on a work trip, leaving a small fake tree in my living room and cards on the mantelpiece.

“The neighbours don’t have a key so I’ve asked them to burn down my house, it’s the only way to be sure.” 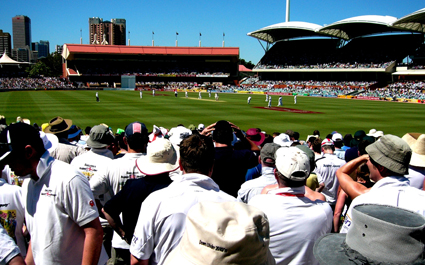 AUSTRALIAN cricket is reeling in shock after a player behaved in a sexist way for the first time in its 200-year history.

Cricketer Chris Gayle’s on-field proposition to a female reporter has left the sport, which has been promoting feminism on the continent since the 1800s, wondering whether it can carry on.

Bill McKay, president of Cricket Australia, said: “This is real blow, particularly after losing the Ashes, which symbolises the burning of the patriarchal structure of oppression.

“I’ve talked to a few of our veterans – Shane Warne, Merv Hughes, Dr Clive Gibbons – and they agreed they’ve never heard of a sheila being treated this way. “

He added: “We were so close to tearing down the archaic gender system, which was the founding principle of the Big Bash League in the first place.”