THE government has unveiled its 10 year vision for Britain's children with a pledge that childhood will now begin at birth.

In a keynote Commons statement child minister Ed Balls outlined his plan to make British children the most childish in the world.

Balls told MPs: "Let's get back to basics. A traditional British childhood must begin at the point of womb evacuation and not a minute later.

"From that moment on it's strictly Swallows and Amazons with perhaps a hint of Railway Children. The era of Byker Grove is at an end."

Balls also wants primary schools in England and Wales to provide services for adults including an off-licence, a second hand car showroom and a massage suite.

The government's 10 point plan for childhood:

Next week the government is expected to outline its 17-point plan for adulthood.

Diana Assassin 'Did Not Seem Intent On Murder' 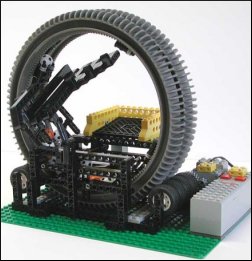 THE MI6 assassin who killed Diana, Princess of Wales did not seem intent on murder just hours before her fatal crash, her inquest has been told.

Jean Defarge, a former barman at the Ritz hotel, said he chatted to the secret service man, who seemed relaxed and happy ahead of his assignment.

Monsieur Defarge said the agent drank only Orangina and turned down a free Ricard saying he never consumed alcohol before murdering enemies of the British establishment.

He said: “He told me he would be back later for a glass of champagne but that he could not now touch a drop because he would get ‘what for’ from Prince Philip if he cocked up.

“He was, how you say, in great spirits. He had this laser light he keep shining at people’s eyes when they walking across the bar, to make them bump into tables and things. It was a hoot.”

Monsieur Defarge said: “Yes, it was, how you say, under a blanket.”

Ironically, the man drinking at the bar next to the agent was Henri Paul, the Ritz chauffeur who was driving Diana’s car when she was assassinated later that night.

Monsieur Defarge said Paul did drink two small glasses of Ricard and did not appear in any way drunk.

He added: “He then drank another two and a half bottles of brandy and seemed, how you say, tip-top. That Henri, he could really stick it away. But his driving, it was always shit.”