Humans 'Not Evolved Enough' To Keep Quiet During A Film

HUMAN evolution is speeding up but most people are still genetically unable to keep their fucking mouths shut while watching a film, scientists said last night.

A century after the invention of cinema, natural selection has failed to deal with a growing number of self-centred bastards who think its fine to jabber away all through the main feature.

Fears are growing that an entire new species of babbling sub-human imbeciles may have evolved, bred on a diet of hormone-laced hot dogs and nachos which taste of sick.

Dr Bill McKay, head of evolution at Dundee University, said it was clear that humanity was rapidly dividing into two quite distinct and separate races.

He said: “On the one hand we have a small group of highly evolved individuals who have grasped the complex idea that we go to the cinema to watch a film and listen to the dialogue, not what some arse in a shellsuit sitting behind you thinks about Scarlett Johansson’s breasts. We’ll call them humans.

“On the other hand we have a group of human-looking beasts who seem to think I have shelled out nearly seven quid to sit and listen to them stuff crisps into their already fat faces while they discuss where they are going to go for a pizza after the show. Let’s just call them scum.”

Cinephile Tom Logan, 27, said he now took a gun with him when he went to the pictures to give nature a “much-needed helping hand”.

He said: “I took out two whole families during a matinee screenings of the Golden Compass last week, it’s the kids we really need to kill if we’re going to stop this, they’re vermin.”

Tom Brubaker, 58, said he had been forced to choke one man to death with his bare hands during The Assassination of Jesse James by the Coward Robert Ford when he was still eating popcorn two-and-a-half hours into the near three hour film.

“There was a moment's silence and I thought 'thank God he's run out' and then the crunching started up again behind me, I turned round and the guy had a tub of popcorn that was bigger than him, and still half full.

“I just grabbed his throat and squeezed until his eyes popped into his lap, then I pulled them off and stuffed them in his mouth with another two fistfuls of popcorn. He didn’t say much after that.” 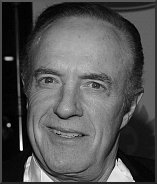 One Christmas in Atlantic City a few years ago I was in town enjoyin’ the holidays, you know – hangin’ out, playin’ the tables and bustin’ balls. Anyhow, there I was mindin’ my own business, shootin’ the breeze with a couple of buddies of mine from back home, when these five broads come in. ‘Who the fuck are they?’ I ask my pal, Sil. He turns to me and says ‘that’s the Spice Girls – they’re this like, girly fuckin’ band from England in Scotlandshire’. I tell you, the sleigh bells may have been ringin’, but my cock was also ringin’ – ringin’ and fuckin’ dingin’ at the thought of bangin’ those babes.

So’s I sent this message over to these Spicey Broads, asking them to meet me at the blackjack table near the fuckin’ Subway sandwich joint at eight that night. Anyways, they all turn up, excited to meet a genuine fuckin’ ‘A’-list Hollywood star such as my good self. I’m kinda thinkin’ that at times like this I’m glad I’m me and not one of those nobodies sitting on their fat asses playin’ the machines. Anyways, I introduce myself. ‘ Hi I’m Jimmy, welcome to Atlantic City, now which one of you lucky girls gets to suck my dick first?’

I’m not usually this shy, but I kind of get a bit self-conscious in the presence of beautful women – oh yeah, and the funny lookin’ skinny one with the pouty fuckin’ face, too. So I buys them all a cocktail each, and then I tell them that this is the way it’s gonna be. First I’m gonna nail the coloured broad’s ass to the fuckin’ floor; then the one who looks like Gino’s dyke sister can sit on my face and wriggle around like it’s showtime; then I think it’s about time I unwrapped those ginger fuckin’ titties and buried my big handsome mug in them – nice; and of course, savin’ the best until last, I tell the baby face broad that she can bend over, touch her toes and kiss her ringpiece goodnight. As for the boney-looking bitch, she can keep the fuck away from me – I’m kind of thinkin’ it’d be like stickin’ your dick in a fuckin’ egg whisk.

Merry Christmas to you all, especially Frankie and the boys who took care of that thing for me involvin’ the thing we don’t like to talk about no more.