City Workers Urged To Dress Like Scum And Talk About ‘Corrie’ Do not talk about paté 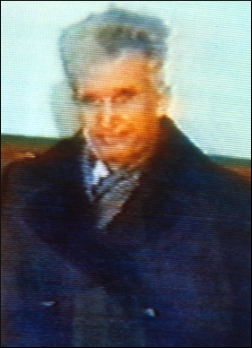 MPs are expected to claim thousands of pounds for the black markers they will use to censor their expenses claims, it emerged last night. On the day backbenchers accepted a 2.3% pay rise they warned that paying for the extra- thick marker pens themselves would leave them with very little change from their £65,000 salaries.

Meanwhile, as the Daily Mash launched its 'Send Your MP a Photograph of Ceausescu Shortly Before They Put Him Up Against a Wall' campaign, the leaders of the three main parties pretended to call for an immediate overhaul of the expenses system in a concerted bid to make the story go away.

Gordon Brown told reporters at Downing Street: "Let me be clear – I will say whatever it is you need me to say about this until you get bored of it."

Tory Leader David Cameron added: "Until you get bored of this issue, anything that needs to be said, I'll say it. I am absolutely clear on that."

And Lib Dem leader Nick Clegg insisted: "I couldn't be clearer on this. Until the boredom sets in, the things that need to be said to you by me will be said by me."

But Tom Logan, Labour MP for North Watford, said: "It's vital that backbench MPs are able to maintain a steady supply of really good black markers, especially those that live more than 15 minutes from central London.

"Everyone knows that the further you get from London the drier and less effective your marker pen becomes.

"Indeed in my constituency a marker pen will only work if it is accompanied by a 42" plasma screen TV, an antique fireplace and all 14 volumes of Big Wet Asses."

He added: "Luckily I'll never have to explain any of that thanks to the black marker pen. It's what's known as a 'virtuous circle'."