The World's Greatest Newspaper sent a wreath to her house with a card saying 'I wanna hold your hand (over a hot stove)' and a copy of Silly Love Songs which when played backwards includes the phrase, 'we've got a landmine with your name on it'.

A spokesman for the Daily Express, said they intended to blow up Mills after she branded the British press as a 'poisonous rag bag of filth, lies, distortion and innuendo'.

"Filth, lies, distortion… obviously," he added. "But our readers are not intelligent enough for innuendo and it's outrageous of her to suggest otherwise."

Media commentator Wayne Hayes said: "Other papers may mentally torture already insane individuals on a whim but only the Daily Express is prepared to actually blow someone up for having one leg and marrying a Beatle.

"It harks back to the glory days of the Express, when Lord Beaverbrook threatened to push Gracie Fields under a tram."

Mills is currently in the middle of an acrimonious divorce from Sir Paul McCartney, one of Britain's most cherished drug-takers and the man responsible for timeless classics such as Ebony and Ivory, Pipes of Peace and the Frog Chorus. 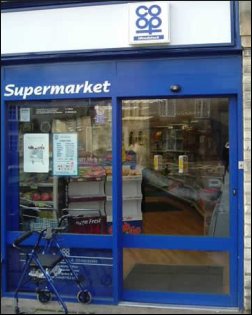 SHOPPERS in the village of Minchinhamptonsteadbury have been forced to throw their goods home after a total ban on bags.

Residents are slowly coming to terms with the new method of transporting their weekly shop, after a successful campaign to collect all the bags in the village and throw them into Steadbury Reservoir.

Under the new regime, shoppers at the village Co-op start throwing their goods as soon as they reach the end of the checkout. Each item is then picked up and tossed in the direction of the shopper's home.

Margaret Gerving, a retired headmistress, said: "It's good excerise and it encourages you to buy round food like melons, oranges and turnips as there's a decent chance they'll roll for a few yards.

"Some members of the bowling club have become really quite proficient. Until they get to the bottom Minchin Rise of course, at which point it turns into a total bloody nightmare."

Mrs Gerving added: "Bags of flour tend to just hit the ground with a dull thud. There's no bounce in them at all. And I have to wrap my bottle of sherry in a duffel coat."

Councillor Roy Hobbs said: "Things are bit chaotic at the moment. You have to run past the Co-op as there's stuff flying out the whole time.

"A lot of people are getting their shopping mixed-up and I've seen a few knives. We simply have to get this sorted before Christmas."