BP has asked Prince William and Kate Middleton if there is any chance
they could invite Colonel Gaddafi to their wedding in April.

The oil giant hopes the Libyan leader can be squeezed in beside the King
of Bahrain or, if space is tight, he could even just come to the
evening reception ‘for a drink and a boogie’.

BP head of corporate affairs and former MP for Sedgefield, Tony Blair,
said Gaddafi was fine with the no-kids rule but he is lactose intolerant, doesn’t eat fish and he’s a psychopath.

Blair added: “He doesn’t mean to be a pain but if he has dairy products
his face swells up and he gets this really nasty rash under his arms.

“If you could ditch the cheese course and replace the chocolate mousse with honey-glazed pears that would be brilliant.

“Also, if anyone says anything he doesn’t like he will shoot them right
in the face, so if you can put him on a table with people he knows that should
prevent a horrifying bloodbath.

“The last thing you want is Colonel Gaddafi sat next to some marketing arsehole asking him what he does.”

Across Britain opinion was divided with some insisting realpolitik
required Britain to invite Gaddafi while others said what in the name of
the fuck is wrong with you, he’s a murdering psychopath and if some
people at BP lose their jobs they can always spend a couple of years
working out whether unemployment is better or worse than being machined
gunned in the head.

Helen Archer, from Stevenage, added: “While he does seem thoroughly unpleasant, they have invited David and Victoria Beckham.” 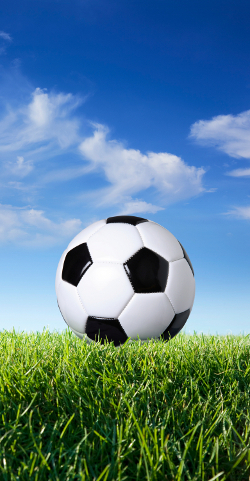 TICKET prices for the Champion’s League final are fresh evidence that the people who run football think the fans might be a bit thick, it emerged last night.

Uefa is charging so-called ‘neutrals’ £176 to see the Wembley finale in what experts have described as one of the finest and most beautifully crafted licences to print money they have ever seen.

Wayne Hayes, a season ticket holder from Hatfield said: “Leave it aaaht. A hundred a seventy six nicker? You must think I’m some kind of fackin’ moron. Do you take Visa Electron?”

But Uefa insisted the pricing policy is in line with absolutely everything else to do with football.

A spokesman said: “A few years ago we, along with the national football associations of Western Europe, conducted a detailed study of our customer base and were delighted to discover they were all chimpanzees.

“We couldn’t have been happier if they had given us their pin numbers.

“Naturally, at that point, we decided to just charge whatever we felt like. We are now all very, very wealthy indeed.

“And it’s not just tickets. They will pay anything for anything. This piece of scratchy, highly inflammable Taiwanese nylon is £70.

He added: “When it comes to preying on the feeble-minded it makes Scientology look all fiddly and complicated.”