CATHOLICS who fly with Easyjet will be excommunicated and face eternity in the fires of damnation, Pope Benedict XVI has warned.

Church officials in Rome said the Pope's statement was 'in no way connected' to the launch of the Vatican's own airline.

The new company will fly between Rome, Lourdes and the Shrine of Fatima in Portugal, though the Vatican hopes to expand quickly with long haul services to Hong Kong, Dubai and Las Vegas.

A Vatican spokesman said: "The fleet of brand new Boeing 737s will be staffed by some of the Church's most attractive nuns.

"However, we are most uncomfortable with the idea of two men sitting alone together in a 'cock-pit'

and therefore the pilots will be accompanied by a priest in order to prevent unspeakable fleshy indulgences."

In his weekly message to the faithful in St Peter's Square, the Pope said: "Flying brings us closer to the Almighty, but not if you fly with Easyjet. Merely looking at their website is a pact with Satan.

"When choosing a short-haul carrier, one must listen to one's heart. If you are sincere in your adoration of the Holy Mother then perhaps your heart will tell you to fly with VaticanAir – who, by the way, will not charge you £2.50 for a tiny little tub of Pringles." 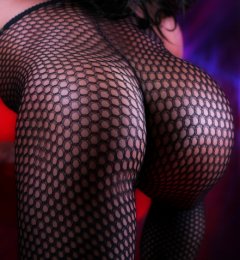 TORY leader David Cameron will attempt to revive his party's fortunes by telling voters he will do what they want him to do.

Mr Cameron told a press conference at Westminster that the Conservative Party must respond to the everyday concerns of ordinary voters, including their need to see him dance suggestively in a dimly lit club.

The Tory leader then worked his way along the front row of reporters offering to loosen their collars, before asking the political editor of the Daily Telegraph if he would like to see him do the shimmy again.

Mr Cameron added that voters should feel free to stuff tenners into his flimsy pants as most of the money would be returned in tax cuts after a Tory election victory.

Bill McKay, professor of politics at Glasgow Clyde University, said: "Usually when politicians are losing ground they resort to populism, but by offering to bump and grind in voters' faces, Cameron is changing the political landscape."

He added: "I suspect that Cameron is also the type who will offer people a little something extra in the back room if they are so inclined."