POWER giant E.On has been fined £12m for mis-selling energy as pet cats, dogs and fish.

Representatives for E.On used pressure selling techniques to convince vulnerable customers that 400 cubic feet of natural gas would be lovely to talk to and wouldnt answer back like your grandchildren.

Retired greengrocer Norman Steele was sold 220,000 coulombs of electricity in the belief that it was a charming King Charles spaniel called Hector.

He said: Id stroke him while we watched Countdown, give him little treats which hed char to ash and tell him he was a good boy when he arced between conductive materials in the park.

Yes, occasionally hed give me a nip and attack other dogs by making them convulse until their eyes popped out, but he was very dear to me and Im disgusted that I was tricked.

A spokesman for E.On said: Energy is fundamental to the workings of the universe, impossible to create or destroy, so whos to say it doesnt make a loyal companion on cold winter nights?

Why go through the pain of losing a pet when uranium has a half-life of billions of years and never has to make that heartbreaking journey to the vets to be put down? 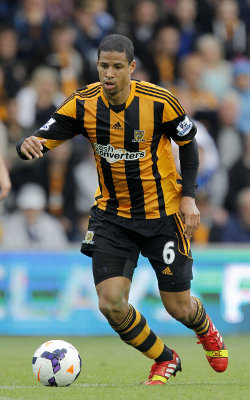 ARSENAL should get the FA Cup without having to play in the final, according to manager Arsene Wenger.

Citing their superior corporate hospitality and the world-class players they sell to other clubs, the club has suggested the trophy should just be awarded to them at Wembley in a closed ceremony.

Wenger said: “The last thing any neutral wants to see is our languid, cultured players being kicked into the air by a bunch of dreadful Northerners who think quinoa plays for West Ham.

Quite why the FA wants Hull, and I’m not being disrespectful here by calling them guttersnipes, to embarrass themselves in front of their betters baffles me.

Arsenal have already reserved an open top bus and arranged for Islington council to close the route of the parade, from the Emirates to a charming little Peruvian restaurant where the players will celebrate with ceviche and anticuchos.

Hull manager Steve Bruce said: I was going to lodge a protest, but then I remembered our shirt sponsor is Cash Converters.

Instead Ive hired a speech therapist so the players can say Most kind of you to let us play, without sounding like they have a toffee in their mouth that’s trying to escape.

Wenger said: If only we could dispense with the whole grubby business of kicking a ball about on soil altogether. That’s the dream, isn’t it?