WORRIED homeowners were cheered last night as economists revealed that next year's house price collapse will lead to widespread starvation and prostitution among Britain's estate agents.

The upbeat report says the entire profession will be on the streets begging for food by next August, apart from those who manage to get jobs as sex whores by lying about their previous occupation.

Professor Wayne Hayes, the Van Hoogstraten chair of prices at the House Institute, said: "Great news, the pin-striped tit-cockers are all going to starve to death. Slowly."

"I can also tell the difference between a desirable upscale property in a sought after location and a rat-infested bedsit with a brothel on one side and a crack house on the other. Do you think I'm blind, or just stupid?"

Charles Reeves, 42, said: "Subjects would benefit from modernisation? So previous resident died and rotted into the floorboards and now the whole house will have to be marinaded in Dettol for a year to get rid of the stench."

Tom Booker, 35, said: "I have to walk two miles to the newsagent because the only things the shops round here sell is houses. I don't care if my place halves in value, I just want to buy a paper."

Nikki Hollis, 26, said she was looking forward to picking up a cheap second hand Mini once all the estate agents were forced to hand their's back.

She said: "I would buy one now but I'm worried someone would think I was in the property business and stuff shit up the exhaust."

According to the report estate agents are currently worth 'absolutely fuck all' to the British economy, which would be £600 billion better off if they all dropped dead overnight.

One Woman's Week: Keeping The Faith 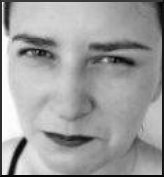 I AM one of these people who genuinely believes that inter-racial marriage is okay. That’s why I was utterly horrified to be brutally ejected from a Jew-Protestant unification ceremony (or ‘wedding’) on the grounds that I was an ‘anti-Semite’. Any one who knows me understands that I have absolutely no problem with the Jews and have stated time and time again that I forgive them for all those bits in the Holy Bible where they killed Jesus.

The ceremony was between my boyfriend, Donny’s, sister and her partner, Sam (a Jew). Sam and Janet offered to put us up at their house, in Wales. My first act of clemency was to agree to this arduous journey because I’d assumed all weddings took place in the birth town of the bride. But, as ever, I am open to the bizarre customs of foreigners because I am a libertarian.

At their house, Janet revealed that she had ‘converted’ to Judaism. I was shocked. I am a Catholic and, while I’m not thrilled about Donny’s protestant lineage, I make the sacrifice because that’s what being a Catholic is all about. I take the sacrament very seriously and this is probably why Donny has never raised the topic of marriage with me. I don’t go to church every week, but that’s because God understands how pure I am and doesn’t need the Sunday morning hard graft that He must demand of others. At family events, I am always enraged by my fat sister who attempts to take communion even though she never goes to church and has faith in nothing except KFC. I always have to pull her out of the queue for the Body of Christ and, rolling my eyes, say a quick prayer of apology to the Lord for her ignorance.

I was able to keep my opinions to myself until after the ‘wedding’ was over and the groom’s family were singing in their outlandish language and doing stupid dances. Janet announced to us how proud she was to be a ‘Jewess’. I couldn’t contain my rage any longer: “Oh, get a grip! Not only are you alienating all of your Christian guests by conducting your ceremony in a ridiculous dead language which no one even speaks, but now you are making up English words too! Do you see me having a birthday party in Latin, or a house-warming in Aramaic (the language of the Son of God and of Mel Gibson)? Do I call myself a ‘Catholina’? Or are the immigrant kids ‘muslimettes’?”

Janet started a confrontation by yelling back that Hebrew was still spoken by thousands of people in Israel, that she was a Jewess and that I was being ungrateful for their hospitality. “I never asked to stay in your dusty, old house!” I yelled back, because I am a woman who always speaks her mind and if people and Jews don’t like that, they can just go to hell (and no doubt will). “There weren’t even any cushions on the beds!” I continued. “Get with the fucking programme!” (My bed has a total of nine cushions on it, which I bought from Habitat. Donny always moans that they just end up on the floor so there’s no point in having them. He and his uncultured protestant family just don’t get it!) Then, Sam’s mother had one of her awful nephews manhandle Donny and me out of the venue. “Shylock!” I screamed at him. He denounced me as anti-Semitic, but I knew in my soul that I had done God’s will, so I was able to rise above his bullying.

While I am open minded enough to see that these actions aren’t representative of all Jews, I feel that I finally understand what it must have been like for Christ Himself when he was hanging off the cross by rusty nails, and I’m sure Sam and Janet will think twice about their actions when they don’t see a fig from us this Christmas.