SPENDING £110 billion on HS2 to help people move around the country faster is just what this pandemic needs, the government has confirmed.

Whilst the economy tanks and people may have to stay at home for months to come, ministers have given the green light for work to start on a ruinously expensive railway line to make it quicker to get to London.

A spokesman said: “Despite the fact that a deadly virus is sweeping the world and no one will be able to afford to get on a train for the next decade, we’re pressing on with this colossal waste of money.

“It might seem that £110 billion would be better spent on the NHS or bailing out small firms, but you have to balance that with the fact that a few wealthy businessmen would like to shave 20 minutes off their occasional journeys between London and Birmingham.

“And there is the concern that social distancing will be impossible and construction workers might get ill, but you cant make an omelette without breaking a few eggs.”

He added: “If they survive, we’ll give them a badge or something.”

Coronavirus or Brexit: which are we handling worse? 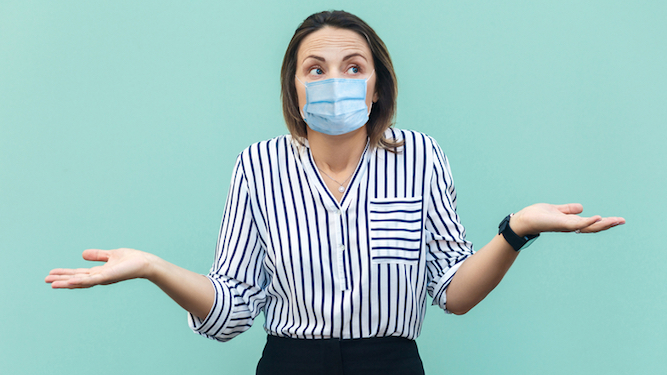 IF f**cking things up were a race, Britain’s approaches to Brexit and coronavirus would be neck and neck. Here’s why:

Both exploit our love of the NHS

As incredible as it is seeing a 99 year-old war veteran raise millions of pounds for the NHS, shouldn’t we be asking why he’s having to drum up money to begin with? Maybe we should be asking Boris where his Brexit bus money is instead.

Neither has an end in sight

The prospect of COVID-19 hanging around for years will be a familiar disappointment to Britons, who have spent the last four wondering when the madness will end. And while a vaccine is in the works, no one is immune to the tedium of Brexit.

Each ignored warnings from Europe

Countries on the continent clearly had nothing to teach Britain about coronavirus. It’s just a coincidence we copied everything they did because our own hare-brained strategy was total bollocks. It’s almost as if going it alone is bad.

After the 2016 referendum Boris Johnson staggered around in the political wilderness for a bit, and the pandemic also put him out of action. However, each one has seen him rise heroically from the ashes like a phoenix with a bad haircut.

No matter what, it looks like the country’s economy is going to go down the toilet fairly soon. Sadly this means the government can blame something external for the impending financial shit storm rather than taking the rap for its own shortcomings. Business as usual.