After complaints that the site had become mired in dull personal details, Mark Zuckerberg announced that his team would delete users’ posts in favour of making it all up.

Zuckerberg said: What I originally conceived as a vibrant online community has become a virtual landfill full of cake pictures and users saying Hi.

Under the new system, your friend Sally will no longer share boring pictures of her meal with a bunch of people you dont know. Why? Because yesterday she had her leg bitten off by a shark.

Or perhaps your friend Mike insists on telling everyone about business conferences hes attended. This tedious content will be replaced by the more interesting news that hes in a sexual relationship with his own dad.

Facebook will use the latest technology to illustrate these events that did not happen, for example by generating completely convincing photos taken by your auntie on her space cruise to Saturn.”

Zuckerberg added that a beta test of what he calls Facebook But Interesting 1.0 had received positive feedback from substantially less-bored users.

Tester Stephen Malley said: I really struggled to think of interesting things to put on Facebook. But thats not a problem now that Im in the SAS and shagging Rihanna. 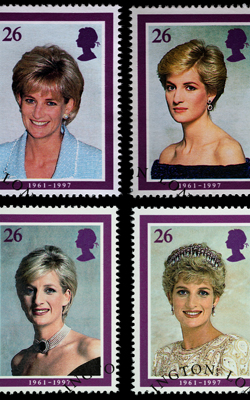 PRINCESS Diana’s hair looked really weird, it has been claimed.

As the Diana biopic prepares to open in the UK, former bodyguard Tom Logan broke the unofficial code of pretending to like Diana’s coiffure.

Logan said: “Diana was frequently described as the most beautiful woman in the world. But let’s be honest, her hair was really letting her down.

“When she first married Charles she was rocking this ‘demure air hostess’ cut that kind of worked.

“But after that it was a collection of monstrosities ranging from ‘quasi-lesbian police superintendent’, and ‘glam supply teacher’ to ‘Ailsa from Home & Away‘.

“The problem is that she was surrounded by sycophants. Finally she asked me, ‘Tom, what do you think of my hair?’

“I replied that it looked a bit like a massive Shredded Wheat.

“The following morning there was a knock at the door. It was a butler carrying a satin cushion with my P45 on it.”

He added: “By comparison, Princess Anne has never been a looker but at the same time she’s kept her hair simple and it works.

“Diana could have learned from that. But now, sadly, it’s too late.”