FACEBOOK has revealed plans to stop users telling lies about themselves.

Mark Zuckerberg has promised to confront the growth in made-up stories about holidays, children and social lives, and to return Facebook to its original purpose of tracking the birthdays of casual acquaintances.

He said: “Our algorithms show that many people claiming to have just finished a 10k run were actually queueing for the morning after pill, while four-fifths of posts using the hashtag ‘blessed’ are composed while cowering under the duvet.”

Boasts about cars, brunches and exercise will be targeted, while all wedding-related posts will be accompanied by divorce rate statistics.

Facebook user Nikki Sheridan said: “I see a lot of fake posts, many of them from me.

Tom Logan, from Ohio, said: “My cousins in New York keep posting the most appalling shit about shopping trips to Macy’s and exhibitions at MoMA.

“If this crackdown had happened last month I might not have voted for Donald Trump just to hurt them.”

Brexiter not happy until Europe a smouldering ruin 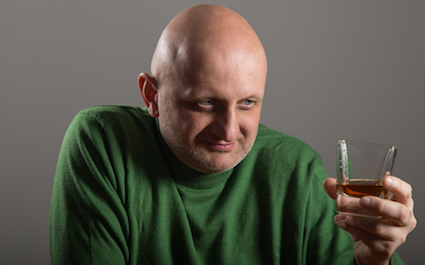 A MAN who everyone thought would be happy about Brexit will not be satisfied until the rest of the EU is in ruins, it has emerged.

Norman Steele believes the next step after Brexit is the financial ruin of all European countries and ideally the destruction of all their buildings, art and culture.

Friend Emma Bradford said: “If an EU country has problems Norman gets very excited and says things like, ‘There’ll be riots in the streets soon.’ Then he licks his lips.

“He’s also keen on the eurozone failing and their governments being overthrown by angry mobs. It’s odd because I never had Norman down as a violent international anarchist.”

Steele said: “I see there’s trouble brewing in France with Marine Le Pen. This pleases me.

“Obviously Brexit is great news, but I just feel that if the rest of the EU suffered extreme misery that would be the icing on the cake.

“Serves them right for ensnaring Britain in a trade organisation we wanted to join because it made economic sense.”