A FARMER whose bright orange cider makes you shit yourself is not inspired by Brew Dog, he has confirmed.

Arable farmer and part-time cider maker Tom Logan said he has no plans to build up and then sell his drinks-making business, and does not have a brand other than a hand-made sign on the roadside that says ‘Scrumpy’.

He said: “We get the apples, make the cider, then put it in plastic petrol-type containers, some of which have previously had petrol in.

“We have no shareholders because I only take cash, which goes straight in my pocket. The price varies depending on my mood. Sometime I take £25 a week.

“Personally I don’t drink our cider because it’s fucking horrible and apparently it can make you go blind, but some people seem to like it. Christ knows why.

“We don’t really have a business model other than ‘sell cider’. I don’t have a handsome youthful face, tattoos, or a friendly welcoming grin that says ‘please like me’.

“If you want cider, I have cider. Otherwise, stay away.”

He added: “Craft beer is for dickheads.” 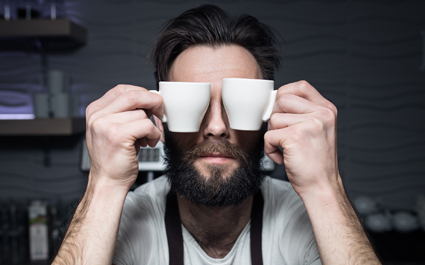 AN OBNOXIOUS cafe worker’s band is thankfully really shit, it has emerged.

Wayne Hayes, who has the air of someone who has achieved a lot due to knowing how to make hot drinks and having a bunch of stars tattooed on him somewhere, recently played with his dreadful band to an audience including several customers.

Gig-goer Nathan Muir said” “When I saw it was him playing in the band I just thought, ‘Please God let them be shit.’

“And what do you know, God answered my prayers and they were total dog shit.