ROUTINE fire drills have been condemned for making workers think the place they hate most will be destroyed.

Psychologist Nikki Hollis said: “It’s like giving a cat a massive herring then yanking it away on a piece of string, laughing sadistically while pretending it was a necessary test of the cat’s reflexes.”

Office manager Stephen Malley said: “Whenever the fire alarm goes off there is a wave of euphoria, with team members cheering and deliberately tipping their desks over.

“Last week that turned to a chant of ‘Burn! Burn! Burn!’ and some of the audit team began to empty out their cigarette lighters on a pile on tax return folders.

“However, after half an hour of standing around in the car park while the office fire warden yelled incomprehensibly, staff were ordered to return to their office.

“We were absolutely devastated once it dawned on us that we’d have to return to our dull cube-based lives.”

Call centre operative Roy Hobbs said: “I remember as a kid being promised a Big Trak for Christmas but instead my dad went to prison. That’s what fire drills are like.”

Boss Martin Bishop said: “There is actually no legal obligation to do fire drills. We just like to fuck with their heads.” 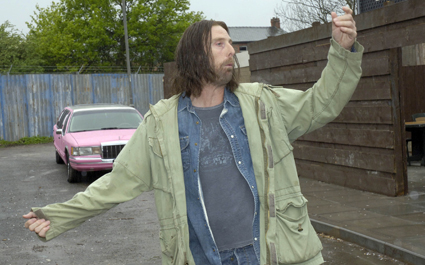 THE underclass are giving Britons a sense of superiority for only £30bn a year.

Office workers have described Britains half a million troubled families as excellent value in terms of bolstering their self-esteem.

Sales administrator Tom Booker said: I dont have a celebrity lifestyle and my boss calls me Puny Peter so my pride is a pretty fragile thing.

Reading articles about families who are invariably compared to characters in the television programme Shameless makes me feel warmly conceited, like George Osborne would if he went to Morrisons.

Marketing consultant Emma Bradford said: You want to give them enough money so that we can look down on their gardens full of rusting white goods, but not so much that they buy rocket launchers and come to get us.