NOT sure if a faceless corporation is pulling your leg? Check to see if it’s one of these exhaustingly tedious jokes that brands wheel out every April Fools’ Day.

Before rushing to share a dubious article about a clearly bullshit product on social media, ask yourself: ‘Has Amazon really launched drones that can fly food straight into your mouth and wipe your arse or have I once again been hoodwinked because I’m a moron?’ As always, it’s the latter.

An absolutely barrel-scraping level of humour reserved for the most joyless of brands. Here the nuanced wit boils down to ‘We’ve told you something but it isn’t true’, which companies desperately hope will get them some attention. Although if BMW rebranded itself as The Rich Knobhead’s Car Company you’d have to at least respect their self-awareness.

Pairing a product with an unlikely celebrity is the highest form of wit for advertisers, but it usually just leaves the rest of us desperately reaching for the remote. We can only assume that’s how those Just Eat adverts with Snoop Dogg came about, only now they’ve got out of control and nobody knows how to stop them.

Too good to be true inventions

As much as you want the hoverboard from Back To The Future Part II to become a reality, it’s very unlikely that Tesla has discovered the secret of anti-gravity and rushed it to market without anybody noticing. You’re just going to have to make do with those self-balancing scooters that explode at random and make you look like a dickhead.

A prank that will backfire

Ironically, watching a company’s PR department furiously back-pedal on a misguided joke that’s been ripped apart by social media is the only way a brand can hope to be funny on April Fool’s Day. Although they probably want us to laugh with them, not at them. The sooner the clock hits midday and this shit’s over for another year, the better.

Being drunk and 10 miles from home: The downsides of a return to normality 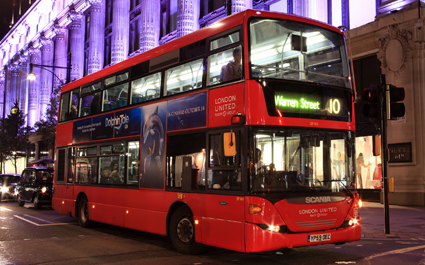 EVERYONE is relieved that regular life is gradually resuming, but there’s a considerable downside. After a year, have you forgotten what normality is like?

Pissed as a fart and stranded somewhere in North London

If it were a Zoom session with your mates over a few cans, you could just hit the red button and travel the two yards to your bed. In normality, however, it’d be 12.40am, the last train long gone and you, penniless save for an Oyster card, taking a succession of night buses that eventually get you home at 4.30am.

Sitting next to people on public transport

After a year of being spared it, this minor bit of unwanted intimacy with strangers will feel more like they’re sitting on your lap. You’ve also probably forgotten they sit there chomping on fast food or talking shit on their phone too.

Face it, if you missed this one f**king bit, you’re the kind of unbearably boring corporate drone or bantz-wanker who made the lives of your co-workers a misery until they got this year of respite.

Oh, the joy of a year spent luxuriating in trackies, shorts, onesies, pants. Now, you’re going to have to go out in clothes and it’s going to feel like having to wear a top hat, starched collars and possibly a whalebone corset. And rest assured, it’s going to itch.

No excuse not to meet friends

One thing about a crisis like this is that you know who your friends are, and you’re quite happy seeing them no more than once every five years, sustaining the relationship with occasional email exchanges and the promise to go for that pint. Now, you’ll have to. Bloody vaccine – do we really want it?