Gap Widens Between The Rich And The Incredibly Rich

The gap between the rich and the really incredibly rich is wider than ever, according to new research. A study by Dundee University found that the traditonally rich such as plumbers, local authority chief executives and people who work for the BBC, were now living in relative poverty compared to 'super-rich' hedge fund managers, insolvency consultants and NHS doctors.

Professor Bill McKay said: "Ten years ago the rich were happy with their lot. They had at least two Chinese dishwashers and their kids went to a school where they had a great chance of being bullied by someone related to Gladstone.

"Now they look at the incredibly rich, many of whom now have their own SAS, and wonder where it all went wrong."

Professor McKay said the gap is now so wide that in many parts of the country very rich people were working as cleaners and gardeners for really incredibly rich people.

Liberal Democrat leader Sir Ming Campbell said: "There is something seriously wrong with our society when I am forced to take a summer job working as an assistant masseur for Judy Finnegan simply to pay my wine bill." 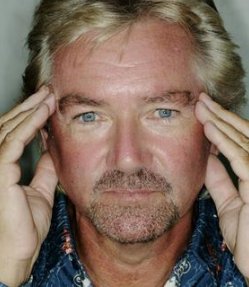 TV quiz show host Noel Edmonds should be required to donate his major organs, preferably today, according to a new opinion poll. Chief Medical Officer Sir Liam Donaldson has called for the forced removal of organs in order to make Britain a more decent society.

Sir Liam had suggested a trial programme involving vagrants and traffic wardens, but polls now show the public mood is in favour of opening up the Deal or No Deal tycoon.

A MCI/Canter poll asked a representative sample of 1024 British adults when Noel Edmonds organs should be removed.

Edmonds was a popular figure during the 1970s when he presented Swap Shop and Top of the Pops.

But his popularity took a dip when he moved to Crinkly Bottom, his fictional hell-hole, and by the late 1990s he was the subject of several five-figure bounties.

His reappearance three years ago at the helm of the Channel 4 game show was described by one commentator as a "wanton act of provocation".

Sir Liam said: "I would have preferred to use vagrants. But at the end of the day I just want the organs and I'm not going to go around asking a lot of awkward questions."