Government sets up single massive company to shaft everyone in Britain

A VAST new company will ensure every last penny of your money is turned into profit for the private sector, the government has announced.

After privatised rail companies hiked prices, senior Tories have decided it is best to have a single mega-business to properly exploit things like transport, education and oxygen.

Transport secretary Chris Grayling said: “The company, run by fuckers off The Apprentice, will charge people for everything they do while having a touchy-feely name like ‘Progressa’ to disguise its evil parasitic nature.

“First it will turn your kitchen into a ‘Progressa Barista Bar’ where you have to pay a fiver for a slice of toast, then it will install meters on your back door so you have to pay to go into the garden.

“Other innovations include a monthly rental charge on household pets and replacing free pub toilets with ones that charge £4.75, plus a pathetic surcharge of 5p for liquid soap.

Grayling said the company was currently setting up ‘Progressa towns’ where residents are closely monitored with CCTV and charged for everything from having sex to opening a packet of biscuits.

He added: “Anyone refusing to pay will go to private prison. In which case I’d advise taking out £25 per month Progressa Prison Wellbeing Insurance, otherwise ‘an unfortunate incident’ might happen to you in the laundry room.”

I too have had never-ending bastard of a cold all Christmas, confirms everyone 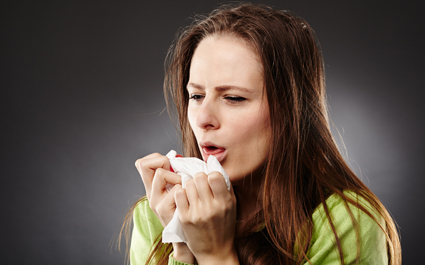 DELIGHTED colleagues have confirmed that every single one of them has had the horrendous cold that never stops over the whole of Christmas.

The co-workers, who have not seen each other since the week of December 18th when they all had the thing but were convinced they would get over it, were overjoyed to find they had all been ill throughout and indeed still were.

IT manager Joe Turner said: “The one where you keep thinking it’s over, then you wake up coughing about a pint of green mucus? Me too!

“I think it was Christmas Eve I stopped kidding myself I was getting better, when I came out in a fever sweat going around Sainsbury’s. I couldn’t taste my turkey.”

Colleague Carolyn Ryan agreed: “I blew my nose so often the pantomime dame made a joke about it, apparently. I haven’t been able to hear anything since Boxing Day. ‘