Green Shoots Of Recovery Revealed As Putrefying Fingers Of The Dead

CLAIMS the UK was seeing the green shoots of recovery were withdrawn last night after they were revealed to be nothing more than the mouldy fingers of the recently deceased.

Business minister Baroness Vadera said that on closer inspection she realised she had mistaken the putrefying, half-buried digits for an early spring and has now apologised to the corpses' loved ones.

Economist Julian Cook explained: "The economic downturn has forced thousands of people to cancel their private medical insurance and use the NHS, which means, of course, that in many cases they end up being buried alive.

"Additionally, many families can no longer afford a coffin or a qualified grave digger and so the still breathing relative is thrown into a hastily dug hole in the ground.

"But sure enough, the patient eventually regains consciousness, realises their predicament and immediately thrusts their hand up through the soil in a desperate bid to escape.

"Unfortunately, weakened by a lack of food and oxygen, they quickly expire and the hand begins to decompose, taking on a sickly green colour. This is where the minister has become confused."

Cook said Britain could soon be covered in 'green shoots' as more and more companies look to avoid redundancy payments by simply bulldozing their surplus workers into a pit.

He added: "From a distance it could actually be very reminiscent of a fresh spring meadow. The only difference will be the unbearable stench of death."

Thanks For All Your Fucking Help, Says River Mouse 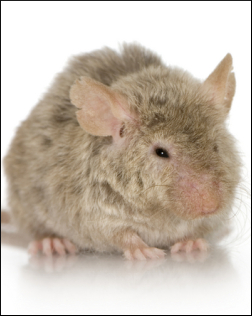 A MOUSE which survived a terrifying ordeal in a freezing river has thanked all the humans who stood on the bank taking pictures with their mobile phones.

Ian Simpson, a three year-old mouse from Carlisle, described the human response to his plight as 'incredibly fucking heart-warming'.

He said last night: "I'd had a long lunch with my mate Geoff and on the way back to work I tripped and fell into the river. So yes, to some degree, it was my fault.

"Anyway, the water was absolutely bloody freezing, meanwhile I'm using my tail and my tiny little claws just desperately trying to grab onto a twig or something.

"Then, all of a sudden, I'm aware of this looming presence so I look up and not two feet away is a mobile phone with some arsehole behind it shouting 'check this little mouse, I think it might drown'.

"I start shouting 'Oi, mate, can you just put down the phone for a minute and grab my tail', but he just carries on taking pictures.

"I know he probably didn't hear me, but to be perfectly honest that shouldn't have made the slightest fucking difference. I was clearly in peril.

Simpson added: "I've no doubt if it had been some kitten fighting for its life they'd have called out the army while the Daily Telegraph cleared its front page.

"But anyway, rant over, I just wanted to say – thanks a fucking bunch. Twats."