STEPHEN Hester last night turned down a share bonus package after discovering the shares were in the Royal Bank of Scotland.

The Royal Bank of Scotland chief executive was entitled to almost a million pounds worth of stock options under his Labour Party-approved contract, but waived his rights rather than take on even more shares in a company with which he is all too familiar.

Hester said: “No, you’re alright. I’m fine. You hang on to those. I’ll get some other shares.

“Don’t get me wrong, RBS shares are really nice but I’m just not at that point in my life. It’s not the RBS shares, it’s me.”

But a senior source at the taxpayer-owned bank said: “It’s not him, it’s the shares. He turned up to the big annual bonus meeting all excited, saying ‘okay, what do I get?’.

“Then the committee chairman said ‘well Stephen, we’ve got you these lovely RBS shares’. You should have seen his face.

“He was like, ‘What? I spend a year turning up for work on a fairly regularly basis and you offer me shares in the Royal Bank of Scotland? I’m not saying I deserve Apple, but maybe a bit of Glaxo or Imperial Tobacco. Where’s that fucking contract?’.”

Hestar added: “It’s a shame because I was going to spend all that money in the shops.

“I’m really into hill walking at the moment so I was going to buy about five hundred grand’s worth of stuff from Blacks, but now I suppose they’ll all have to lose their jobs.”

Julian Cook, chief economist at Donnelly-McPartlin, said: “Hester’s bonus refusal has been welcomed by both George Osborne and Ed Miliband which means it must be an absolutely terrible idea.

“But at least everyone will be able to feel slightly less bitter and resentful for about 30 seconds.”

Cameron acting like the dictator of Gaydonia, says Archbishop 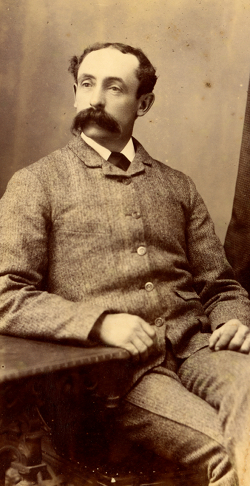 DAVID Cameron is acting as if he is the dictator of the People’s Republic of Gaydonia, the Archbishop of York has claimed.

John Sentamu said the prime minister’s insistence on legalising gay marriage reminded him of Johann Spritzer, the notorious despot who created Gaydonia in 1912.

Sentamu said: “Spritzer staged a coup, threw out the democratically elected government, changed the name of the country from British Honduras and forced everyone to be gay.

“Vicars were forced to marry two men who were being forced to marry each other. Luckily there was plenty of food otherwise the entire country would have died of starvation.”

He added: “Mr Cameron wants to turn Britain into ‘New Gaydonia’ despite there being absolutely no mention of it in the Bible.

Archbishop Sentamu is also calling for primary schools to teach the ‘tragic history’ of Gaydonia so that children can learn about the dangers of a state founded on the principles of non-traditional intercourse.

After a surge in economic growth Gaydonia suffered a prolonged slump as most of the population were highly-skilled white collar professionals but no-one knew how to fix a toilet.

Following Spritzer’s death in 1955 the country reverted to a multi-sexual democracy and changed its name to Belize.