Houses Worth Less Than The Bricks They Are Made Of

BRITAIN'S houses are now worth less as homes than they are as individual bricks, it was claimed last night.

Estate agents say most homeowners are dispensing with their services and instead dismantling their houses and selling them bit-by-bit at car boot sales or down the pub.

Others are breaking up individual rooms and selling them off piecemeal in a bid to stave off repossession while retaining a habitable portion of the family home.

Wayne Hayes, 36, pulled apart his detatched, four bedroom house and put all the bits on e-Bay after the best offer he received was a can of dog food and a dirty stick.

He added: "I got nearly 500 quid for the bricks. Once you add in the copper wire, the light fittings and the Belfast sink I've only lost about three-quarters of a million."

Bill McKay, 56, said he had sold the top two floors of his three-storey Georgian mansion after it was valued at slightly more than the price of a KitKat.

He added: "The corrugated iron keeps out most of the water and we've got a bucket in the corner for number twos."

Tom Logan, chief economist at the Halifax, said there were some lovely bricks coming onto the market, adding: "Now that they have been released from their pointless houses, they have some real value."

Meanwhile prime minister Gordon Brown yesterday sought to calm worried homeowners by sitting in the middle of his office floor, pulling his knees up to his chin and rocking back and forward, mumbling: "Everything will be just fine, you'll see – finey, finey, fine. Is it time for tea?" 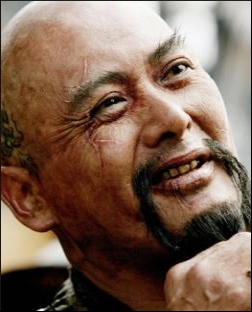 BRITAIN'S poor people have plumbed new depths of sheer, unbridled ghastliness, according to a new report.

A survey by the Office of National Statistics revealed that people on low incomes have abandoned all recognised forms of decency and are now locked in a spiral of jaw-droppingly unspeakable horror.

The ONS survey found that 64% had considered selling their children to Chinese pirates, while 38% had actually locked their child in a trunk and sent it to the Isle of Man, before asking the News of the World to donate £50,000 to their 'Find My Precious Baby' campaign.

Poor women now have an average of 5.4 children each from an average of 42.6 possible fathers, while more than three-quarters no longer speak a recognisable form of English but communicate with each other through a series of grunts and whistles.

The typical poor person's diet consists of extracting the grease from cheeseburgers and mixing it with Wotsits, before tossing the squeezed meat to their illegal fighting dogs.

Meanwhile more than half spend up to 15 hours a day watching black market Hungarian pornography and Steven Seagal films, while 94% are engaged in depraved sex acts with their girlfriend's great-grandmother in the hope of an all expenses paid trip to the Jeremy Kyle show.

Professor Henry Brubaker, of the Institute for Studies, said: "Poor people were especially horrid until the mid 19th Century when many of them suddenly became Australian.

"Since then we have seen a steady increase in their squalid awfulness to the point where their behaviour would be enough to make Fagin puke up his lunch."