Opponents claim the saggy old cloth cat has deployed the mice from his marvellous mechanical mouse organ to rip down rival campaign posters and beat up members of the Magic Roundabout team.

Witnesses say Gabriel the Toad, Bagpuss's security adviser, threatened voters with an axe before dragging Dylan the Rabbit into a car park, tying his floppy ears together and kneeing him in the groin.

Bagpuss's opponents say he has been corrupted by his decades in power, accusing him of becoming baggy and a bit loose at the seams.

They have also dismissed his claims of an increase in manufacturing productivity, insisting it is just the same chocolate biscuit over and over again.

But Bagpuss's spokesman, Professor Yaffle, said: "Now, now, now, what is all this commotion?

"Intimidation and vote rigging, is it? Well I've never heard of anything so ridiculous in all my days. Calm down at once, you silly protestors."

Meanwhile Gabriel is enforcing a strict curfew, reminding frightened citizens that when Bagpuss goes to sleep all his friends go to sleep, 'or they might just fall down the stairs'. 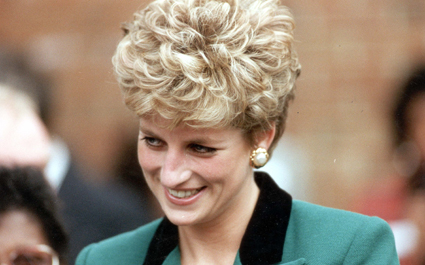 THE British media last night welcomed the Diana inquest verdict and called for the Princess to be laid to rest over a period of 15 to 20 years.

As the inquest jury confirmed that Diana was not, in fact, Spiderman, the UK’s newspapers and broadcasters set out a timetable for reporting other things.

The phased withdrawal begins this weekend with a series of 48-page pull-outs celebrating Diana’s life and hair, while speculating over the true identity of the web-spinning superhero.

From May the tabloids will carry just two Diana stories per week, while the broadsheets will restrict their coverage to writing about the tabloids’ coverage of Diana.

The editors of the Daily Mail and Daily Express have agreed to a five year moratorium on the headline, “Was she Spiderman after all?”, while the Sunday Times will wait until after the death of Prince Philip before running what they promise will be a pathetically flimsy story about his MI6 connections.

All newspapers and broadcasters have also pledged a low key commemoration of the first anniversary of the inquest verdict.

Tom Logan, assistant Diana editor at the Financial Times, said: “As our Diana resources are redeployed it will enable us to devote more space and talent to scaring the absolute fucking bejesus out of people on a daily basis.”

Meanwhile the inquest has been praised for taking just six months and £10 million to conclude that Diana was killed because she was being driven around Paris at 100mph by the drunkest man ever to get behind the wheel of a car.