BASTARD factory HSBC has been fined £40m by the Financial Services Authority for failing to ransack old people’s bedrooms.

Over 3,000 customers teetering on the precipice of death were mis-sold investment bonds that failed to threaten any of their grandchildren for defaulting on payments.

The fact they would only produce a profit once the buyer’s grave stopped getting visitors was also deemed as insufficiently callous.

Julian Cook, chief bastard at Donnelly-McPartlin, said: “In many cases, customers said the financial advisor barely bothered to wave a cricket bat in their face before getting them to sign a three-hundred page document they were not allowed to read.

“It’s the kind of schoolboy error that leaves thousands of old people with their wedding ring still stubbornly attached to their finger.”

HSBC issued an apology for the oversight and promised that stricter recruitment policies and a retraining package will ensure that all their staff treat older customers like violet-smelling cash machines.

The new regime of ultimate bastardry has already started by HSBC recouping the FSA fine by charging 87-year-old customer Margaret Gerving the entire sum for not signing the correct part of her bank book.

Gerving said: “A lovely young man who looked just like our Geoff’s eldest came around and said there’d been a bit of a mix-up which meant our family would have to love somewhere called ‘Penury’ until the year 4007.

“He gave me a cheery wave and a smile as the removal van came round to strip the house of all the furniture and even helped me assemble this hutch I’ve got to live in now.

Happy Mondays 'reunion' actually just some smackheads in a park 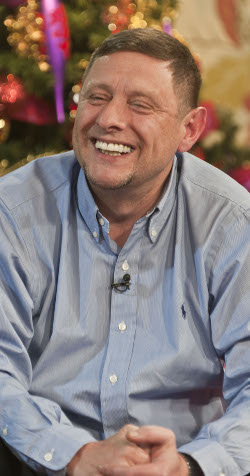 RUMOURS of a Happy Mondays reunion have been quashed after it was revealed to be a group of heroin addicts near some swings.

Baggy fan Tom Logan was looking out of the window of his Manchester flat when he spotted what he believed to be Shaun Ryder, Bez and the other ones.

He said: “I excitedly called my girlfriend over and said look, it’s the Mondays, they must have just been at a recording session and now they’re relaxing in the park, drinking cans of Special Brew and telling each other to fuck off.

“Let’s go and get their autographs.”

However closer inspection revealed the individuals to be some heroin addicts called Mikey, Tigger, Karl and Scouse, who had never been in the Happy Mondays.

Logan added: “Although physically indistinguishable from the Happy Mondays, these people were not recording artists, nor did they have any anecdotes about dropping quadruple pink callies before going on stage at the Hacienda.

“One of them wanted 32p for the phone. Apparently it’s a special type of payphone, one that takes 2p pieces.

“We chatted for a bit, Tigger was the most upbeat despite having to go and have his leg amputated on Tuesday.”

Logan’s girlfriend Emma Bradford said: “I had this idea to get them to pretend to have been a really influential Manchester band called the Space Finches.

“As no-one remembers the mid 90s because of all the drugs, it should be easy for them to get some gigs.”