I lost my life savings for nothing more than being a naive, greedy bastard who fell for a get-rich-quick scheme

IT could never happen to me, people say. And unless you’re an avaricious knobhead so convinced of their superiority they believe they can double their money in six months, you’re right.

But if you are, a word of warning. Because I was one of those people and somehow, between my naked greed and my howling stupidity, I lost everything I had.

Who wouldn’t, I ask you, respond to an anonymous email promising incredible returns on capital? Who wouldn’t assume they were the only one savvy enough to spot this amazing opportunity?

Only the smart and prudent would miss out on the chance to own a whole floor of a luxury, fictional apartment block for just £5,000, then another £30,000 in six months, then an unexpected extra £68,000 later.

Being stupid alone wouldn’t do it. And the just plain greedy often have a measure of cunning that rules them out. No, deals like this are reserved for people like me who are that winning combination of both.

And when, a year down the line, I discover that a deal that was too good to be true was, in fact, neither good nor true? I won’t blame myself.

Instead I will appear in your local newspaper standing self-righteously in front of the empty patch of land the apartments were never going to be built on, officiously saying my bank should give me the money back.

Anyone would have done the same, I will claim. And if you’re as dumb as me, you’ll believe it. 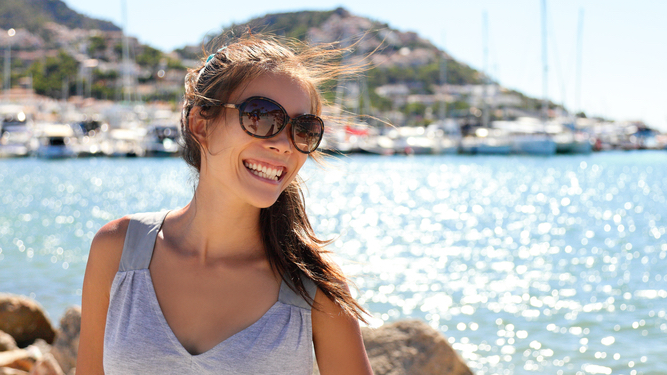 A WOMAN who will not stop informing people she does not use plastic straws is about to go on her third foreign holiday this year.

Eleanor Shaw loves lecturing her friends about the evils of single-use plastic despite the fact that she has a carbon footprint equivalent to a small town in Bangladesh.

Friend Nikki Hollis said: “Eleanor has made it her personal crusade to try and save the world one barely noticeable step at a time.

“She’s a very selective eco-warrior. For example, she bangs on endlessly about how much she loves her Orla Kiely ‘keep cup’, but only uses it when she drives her kids half a mile to school every day.

“When I suggested the best thing she could do for the planet is to stop flying all the time I thought she was going to throw her sustainable, organic, locally-sourced mint tea in my face.”

Shaw responded: “You need a break when you’re always saving the environment. That’s why I’m jetting to the Caribbean tomorrow where I will also go in a helicopter, ride in a speedboat and hire a massive 4×4.”