I only made staff sign non-disclosure agreements because I am too nice, says Green

SIR Philip Green made employees sign non-disclosure agreements to stop everyone finding out what a big-hearted softie he is, he has confessed.

The Topshop boss was terrified his competitors would discover he is an absolute pushover who nurses sick animals and cries at heartwarming films like Finding Nemo.

He said: “If the news got out that whenever a member of staff looks a bit glum I give them a basket of puppies and and a fortnight in the Seychelles, I’d be ruined.

“Rivals need to think of Sir Philip Green as a ruthless, hard-nosed operator, not a deeply emotional man who rushes out of his office with goo-goo eyes the moment someone brings a baby into work.

“So I made my assistants sign NDAs to stop them revealing that I volunteer at an animal shelter for orphaned baby squirrels and teach disadvantaged kids ping-pong at weekends.

“But now my secret’s out. Damn. Sir Alan Sugar’s never going to stop taking the piss.”

MP Julian Cook said: “Is there such a thing as a double knighthood? Because Sir Philip deserves one. You should see the look on his employees’ faces when he buys them all a yacht for their retirement.” 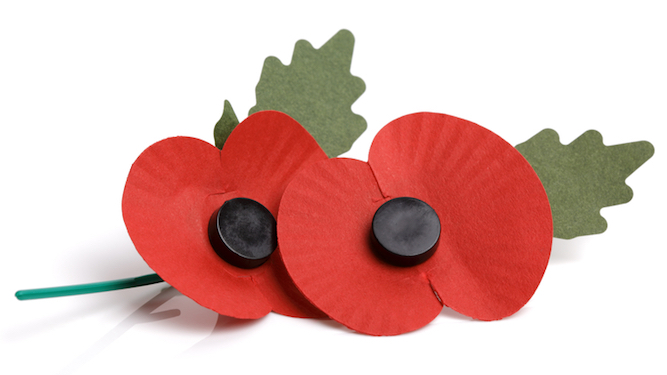 WEARING a poppy isn’t just about showing your respect, it’s also a chance for idiots to enjoy feeling furious. Here are some ‘controversies’ to get het up about.

Someone doesn’t wear a poppy on TV

Watch TV like a hawk and kick off if you spot a celebrity or newsreader not wearing one. Don’t check whether it fell off just before going on air or something – that will totally kill your sanctimonious buzz.

Your poppy is the wrong colour

White poppies are for hippy scum and red ones for decent people. Don’t even begin to think you can choose the one that best represents your own views. If you’ve got the wrong colour poppy you may as well have been operating the German machine guns yourself.

A traitor does not wear a poppy while playing sport

Footballers receive death threats for taking the knee, a political gesture with no place in sport, and not wearing a poppy. Be sure to threaten anyone not wearing a symbol of remembrance for people who died violent deaths with a violent death.

Some celebrities wear slightly more expensive poppies that resemble a brooch. This is a level of nitpicking soldiers storming the Normandy beaches would definitely have cared about.

Disrespectful bastards who wear it on the wrong side

Some people insist poppies must go on the left-hand side, and only the Queen can wear a poppy on her right. If you’re one of these people you probably also think Queenie was personally chosen for her job by God and are a bit mad.

An actual controversy a couple of years ago, but less to do with Remembrance Day itself and more to do with being a clumsy twat.