THE John Lewis monster devoured five child actors during the filming of the store’s Christmas advert, a behind-the-scenes special revealed.

The £1 million advert, in which a monster under a child’s bed teaches him that expensive toys are better than his loving parents, has delighted Britain but was not created without a few hitches.

“We’d be halfway through a heartwarming scene, need a lighting change and suddenly the kid’s nowhere to be seen and the monster’s munching away and I’m like ‘Oh no, not again. This is costing us the whole day.’

“But we persevered and, through their sacrifice, those children have helped us create something truly magical that shows us the true meaning of Christmas.”

He added: “Seriously though, if you see that thing run. It has the taste for human flesh now, and cannot be stopped. None of us are safe.”

Poppies must be visible from every angle, say Poppy Police 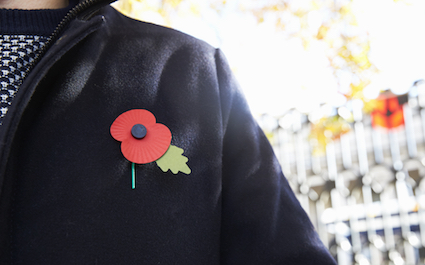 REMEMBRANCE Day poppies must be worn to be visible from any angle to avoid disrespecting the fallen, the Poppy Police have confirmed.

The warning comes after several controversial incidents where persons have been rightly attacked by outraged citizens for not wearing poppies, only for the victims to pathetically claim they were wearing one that was unseen.

Stephen Malley of Reading said: “If I can’t spot, in my first glance, your poppy then you’re not wearing a poppy. And must face the consequences.

“Our fallen heroes’ only wish was that their sacrifice would rid us of the scourge of war, and that we plaster ourselves with poppies every November. If you disagree with that, you’re ISIS.”

Helen Fisher said: “The moment I see one of the Poppy Police, I flatten myself in terror against a wall, poppy clearly visible, until their inspection is complete and they move on.

“It’s the price we must pay for freedom.”