THE lack of any ‘Brexit effect’ in employment, the stock market and the wider UK economy proves that Brexit is yet to take place, say experts.

Following new employment figures showing predicted post-Brexit job losses have not taken place, economists have said they are 98 per cent sure that Britain remains in the EU.

Dr Helen Archer of the LSE said: “The UK is currently showing the growth, rising employment and controlled inflation of what we term a ‘pre-Brexit’ economy.

“From this we conclude not that Brexit is going to be just fine and all the Remoaners need to shut their unpatriotic loser faces, but that Brexit has not happened and is not currently scheduled to happen.

“A comparison might be to saying the absence of an ‘iceberg effect’ mean the Titanic was perfectly fine to undersupply lifeboats, when in fact it simply had not hit the iceberg yet.”

Archer added: “Of course, if there are negative ‘Brexit effects’ following actual Brexit, I fully expect to be told that it is my fault for predicting them.

“Because that’s how this works.” 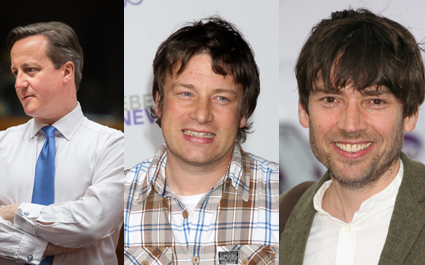 DAVID Cameron is planning to go to the pub tonight with Jamie Oliver and that cheese twat out of Blur, Britons have been warned.

The former PM decided to take advantage of his newly-unemployed status to contact his friends and arrange a horrific evening out in a country pub.

A source said: “He called up Jamie and asked him if he fancied ‘a few pints of ice-cold beer’. Jamie apparently replied that he’d have to ask ‘the old ball and chain’.

“David laughed a lot at that, like it was funnier than it actually was, because he thinks Jamie is cool. He also asked him to bring that Jack Johnson CD he’d lent him ages ago, which apparently has a picture of a cabin on the cover.

“Next he contacted that cheese farm twat from Blur, and asked him how his ‘True Blue’ Tory Stilton was coming along.

“The twat from Blur seemed to be on board with the pub idea and they also briefly discussed their notion of working together on a range of ‘Al and Dave’s’ organic salad dressings.

“Not sure which pub they’re going to – a ‘new place that’s a bit gastro’ was mentioned – but I advise staying in tonight, just in case.”