Lazy slacker scumbag only working hours specified in his contract 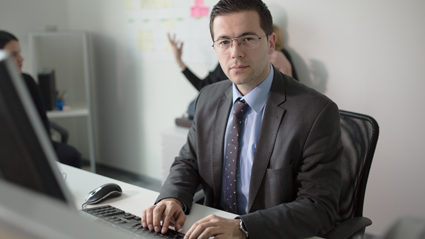 A MAN is loathed by his colleagues for not working regular extra hours for no money.

Accounts assistant Tom Booker is considered a bone idle waster because he turns up at nine and goes home at 5.30pm, like it says in the contract he signed when offered the job.

HR manager Mary Fisher said: “That guy just takes the piss, coming in here at the correct time, having an hour for lunch as specified on page two of his contract and then leaving at the exact time stated in the ‘Hours of Work’ section on page three.

“It’s almost as if he considers that contract to be some sort of legally-binding agreement rather that a worthless scrap of paper to be disregarded if the company wants more of your time and energy without paying for it.

“We all stay late most days, because our lives are governed by fear. How dare he have some basic integrity.”

Booker said: “I just go in and I do the work and then I go.

“Don’t tell anyone, but I don’t even think about my job after I get home.”

Corbyn not governed by physical laws of our universe, supporters tell Hawking 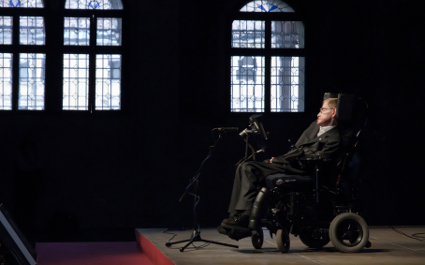 THE political wizardry of Jeremy Corbyn is beyond the understanding of a mere genius physicist, his supporters have told Stephen Hawking.

The Cambridge professor, who revolutionised theoretical physics with his work on black holes, has been informed his model of reality is too limited to comprehend how effortlessly Corbyn will win the general election.

Self-described Corbynista Eleanor Shaw said: “Sadly the political establishment, the media and Hawking are too stupid to appreciate the ninth-dimensional chess of Jeremy’s politics.

“He is so far in advance of everyone else he’s actually passed the political event horizon and become a quantum event, simultaneously deeply unpopular and impossible to depose.

“You know 85 per cent of the universe is dark matter, which must exist but hasn’t yet been detected? That’s exactly how it is with polls and Corbyn voters.”

Hawking replied: “Corbyn’s existence seriously damages the many-worlds interpretation of quantum mechanics, because a universe in which that wanker triumphs cannot possibly exist.”