DRIVERS of Jaguar cars can become distracted by thoughts of intense self-love, it has emerged.

Jaguar owners admitted that they sometimes find themselves lost in a deep reverie of thinking about how cool and awesome they are and forget to pay attention to the road.

Company director Nathan Muir said: “When I’m behind the wheel of my Jaguar XE, I’m thinking pretty hard about how similar to Daniel Craig I am, both in terms of looks and tough guy attitude.

“Sometimes I will be imagining how Kiera Knightley would be very impressed by its form-hugging seats and raised centre console.

“Just me and Kiera driving along the M32, she’s laughing at my jokes and asking intelligent questions about my extensive shares portfolio. I’m explaining how it’s best to spread your investments across a variety of medium-risk funds and she’s looking at me with wide-eyed admiration.

“Then I almost drive into the back of a lorry.”

However Muir vigorously denied that his car looks like a glorified Ford Sierra.

Any chance you could stop being dicks? Facebook asks users 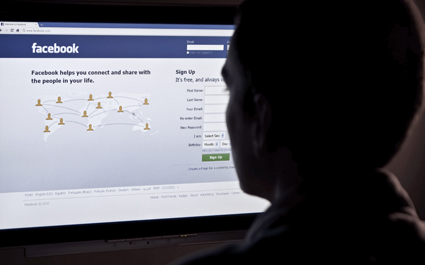 After fresh complaints about images on the site, Facebook has asked people to use it for keeping up with friends and family rather than stalking, needlessly antagonising strangers or generally being a weirdo.

CEO Mark Zuckerberg said: “Users should ask, ‘Is a website full of family birthday greetings really the right place for my creepy photos of unsuspecting women on the beach?’

“We’re just asking that users don’t do overtly dickish things like going to a stranger’s remembrance page and posting ‘LOLZ!!!’

“You shouldn’t be doing any of this shit in the first place, but if I’d wanted it on Facebook I would have called it something different like ‘ManiacPervertBook’.

“Oh and if teenagers could stop using Facebook to bully each other until they have to change schools that would be excellent too.”

Facebook user Martin Bishop said: “I use Facebook for staying in touch with uni friends and sharing sexually arousing pictures of carp.”