Roots claimed: “Just as my first creation captured the exotic flavour of the Caribbean, my new Post-Punk Post-Punk Sauce harnesses the industrial bleakness of the English north under Thatcher. It contains steel, coal, cheap cider and a dash of black eyeliner.

“For this sauce I have recorded a doomy, eight-minute existential epic built around ominous synth chords and a single, sinister bass note repeated mechanically throughout.

“The lyrics will be taken from an unpublished HP Lovecraft short story from 1919.”

He added: “This summer, be sure to look out for my Minimal House Minimal House Salad Dressing. It’s the taste of 48 hour benders.” 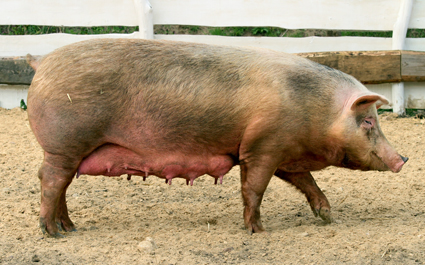 THE Sun has reinstated semi-naked females on its third page, but will stick with non-human species.

Today’s edition of the tabloid shows a sow called ‘Debbie’ who is described as being ‘from Stoke’.

A source at the newspaper said: “It’s a combination of mild titillation and learning about the natural world – something the whole family can enjoy.

“Next week we’ve got an ocelot that could be the new Lucy Pinder.”