Berahino 'not for sale' except if money involved

SAIDO Berahino will not be leaving West Bromwich Albion under any circumstances except in exchange for a large sum of currency, it has been confirmed.

Berahino has been linked with Liverpool and Tottenham in recent weeks, but West Brom chairman Jeremy Peace denied the 21-year old was for sale, unless somebody wanted to buy him with money.

Peace said: “We’ve slapped a ‘not for sale’ tag on Saido’s head, and on top of that tag we’ve slapped a smaller tag explaining that he would in fact be for sale in certain circumstances, namely, mucho dinero.

“We would never consider selling him for a lifetime’s supply of fresh eggs, or a timeshare in Marbella, or front-row tickets to see Kesha, and anyone making bids like that is wasting their time.”

“If we got a bid of actual money from, let’s say, FC Tottenpool, then I’d snap their hands off.

“But if they were wanted Saido in exchange for a once in a lifetime opportunity to swim with dolphins at Sea World Florida, then I’d have to say thanks but no thanks.”

Most people go to cinema just to be annoying 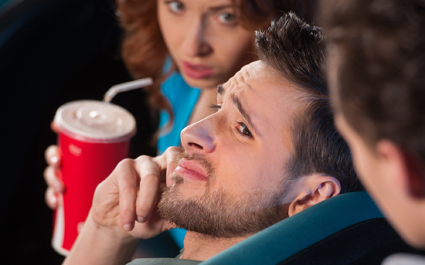 THE majority of cinemagoers only do it to annoy strangers by talking and making rustling sounds, it has emerged.

Researchers found that 81 per cent of cinema attendees had no interest in motion pictures but merely sought to aggravate others with deliberately inconsiderate behaviour.

43-year-old Wayne Hayes said: “I just go up to the counter and say, ‘let me into a film’. Ideally it will be one that’s already started so I can burst in late and irritate everyone by staggering around in the dark ‘looking for a seat’ even though the room is mostly empty.

“Then I jam my knees into the back of the seat in front of me and get my phone out for some texting and general dicking around while making loud, inane remarks to my mates who are seated across the aisle.

“Eventually someone will rise to it. Then I’ll act like it’s their problem for being an uptight bastard.

“All I really want is some attention.

“The beauty of it is that you rarely get punched because in the dark nobody can tell if you’re hard.”