A WAITROSE within a mile of your home improves your wisdom, altruism and lovemaking by 12 per cent.

Researchers found that residents within walking distance of the store gave more to charity, were charming dinner guests and very good at playing at least two musical instruments.

Dr Helen Archer said: “Every decision a Waitrose shopper makes is unfailingly correct. It’s like the teaching of the Buddha, but cosier and less foreign.”

Waitrose shopper Joseph Turner said: “Paying more for groceries is an act of self-improvement. I don’t want to be better than you, but I just am.”

The researchers also found that people who live near an Aldi have psychic powers which are often, but not always, used for evil.

Meanwhile, people who live near an Asda have an extra finger and are regularly attacked by birds. 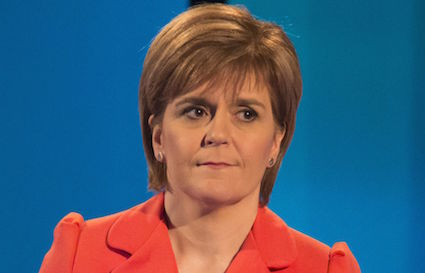 VOTERS in England last night found themselves terrorised and seduced by a medium sized Scottish woman.

As SNP leader Nicola Sturgeon continued to not f**k up a pandemic, English voters admitted they found her deeply threatening ‘but in a good way’.

Jane Thompson, from Hatfield, said: “She’s a combination of Suzi Quatro and Sir Alex Ferguson. But I understand that all Scottish women are exactly like that.

Julian Cook, from Finsbury Park, said: “She’s strong like Thatcher, but with a human touch that says, ‘I’m going to let you live, but on my terms’.

“She will now conquer us because we are led by M&S mannequins that don’t even have heads.

“But I think Sturgeon’s will be a mostly benign dictatorship and I have no objection to adopting vile Scottish habits if that becomes the law.”