LLOYDS TSB chief executive Eric Daniels was last night urged not to speak until he had swallowed all the cake in his mouth.

Staff at the bank's London headquarters were sprayed with bits of sponge and icing during Daniel's cake frenzy, while one senior executive was hit in the eye with a Cadbury's chocolate button.

A Lloyds spokesman said: "The chancellor sent round a whole load of cakes last week with a note saying we were not allowed to eat them without his permission."Oh, they were lovely cakes. There were chocolate ones and jam ones and a great big cheese cake in the shape of a hospital."

"Eric promised not to touch them, but there was a wicked glint in his eye and you could tell he was already salivating."

The spokesman added: "He did manage to restrain himself for about 48 hours, but sure enough the cleaner came in on Monday morning to find him rolling around half naked with his face covered in chocolate cream. He is a bastard for cake."

In a recorded message to staff, Daniels insisted everyone would get some 'lovely cake', adding: "Mmmph, bmmmph, fmmph, mmmmph, nmmmph."

Medical Training To Cover Death From 2011 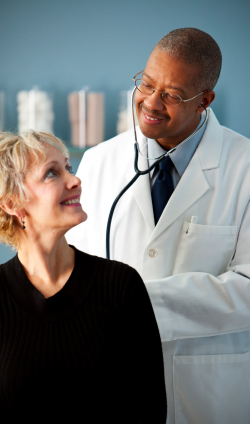 NEW doctors are to be trained how to spot death, the department of health announced yesterday.

The current medical degree concentrates on key practical problems for doctors, including the five essential differences between the Jaguar XF and the Lexus GS400.

Death is currently decided using non-scientific methods such as fixed, dilated pupils, the absence of a pulse or a failure to renew a subscription to Readers' Digest.

Henry Brubaker, head of death at the Institute for Studies, said: "Advances in modern medicine have made it increasingly hard to spot who is and who isn't dead.

"Millions of people who are dead are sitting around at home as if nothing has happened, creating a huge amount of wasted food and a reliable audience for Saturday night television."

Brubaker's team estimates it will take at least three years to develop a series of foolproof tests for death, which he hopes will catch out even the most cunning insurance fraudster.

He said: "First we'll dip their left hand in a deep fat fryer, and if that doesn't work we'll stick them in their soft parts with a red hot knitting needle.

"Our last resort is to get an Asian doctor to stand next to their bed, jabbering in Hindi and carrying a funnel and a hose."