Pathetic show-off buys more than one item from farmers’ market

SHOPPERS claim to have seen a man buy two things at a farmers’ market.

The man bought an olive and garlic sourdough artisan loaf for £5.49, but then stunned eyewitnesses by purchasing a £10.95 pack of organic sausages made from pigs that lived in a forest.

Witness Donna Sheridan said: “He bought two items as though as it was normal. He genuinely didn’t seem to care about the price. Everyone just stopped and stared at him in complete silence.

“He must be a king, or one of those chaps who invented the internet.”

Britain thanks inventor of videotape 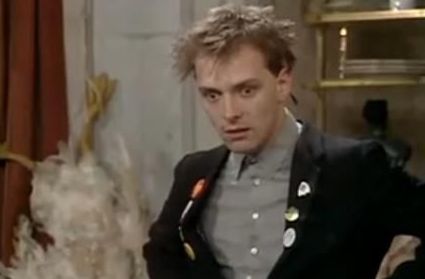 BRITAIN has today paid tribute to the inventors of the videotape that was used to record Rik Mayall.

In 1950 American technicians John Mullin and Wayne Johnson developed the grey cellulose strips that 30 years later would finally become useful for something.

Professor Henry Brubaker, of the Institute for Studies, said: “In the 1950s and 60s videotape was used to record variety show duets between Bing Crosby and Petula Clark.

“In the 1970s it was used to preserve depressing things like Northern Ireland and Margaret Thatcher quoting St Francis of Assisi. But in the early 80s video suddenly had a point because now it could be used to record whatever Rik Mayall felt like doing on any given day.

“If it wasn’t for millions of people using videotape to record Rik Mayall on TV, the whole idea of recording anything would probably have been abandoned.

“The Japanese only invented digital discs because all the videotape had been worn out by people watching Rik Mayall.”