THE FTSE 100 has dipped after photographs showed a sharp reduction in the size of David Beckham’s testicles.

The pictures for H&M show the star’s genitalia to have shrunk by as much as 60 per cent, which experts fear will leave the UK struggling to compete in international markets.

Market analyst Tom Booker said: “When Gordon Brown, in one of his first acts of Chancellor, announced that the value of sterling would be pegged to David Beckham’s pan-sexual attractiveness it made perfect sense.

“But it was not to be, like so many other late 90s certainties, such as the coolness of combat pants or Anthea Turner and Grant Bovey’s eternal love.” 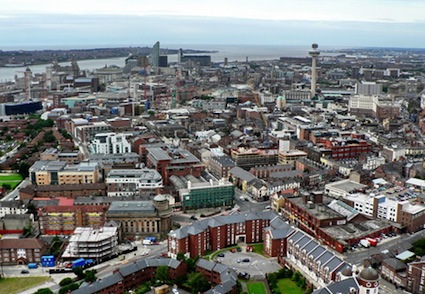 TRAVELLERS have been warned that large areas of North West England are currently more awful than normal.

Large swathes of the population have been spotted strutting around like they do not live in a bleak outcrop of land which should really be at the bottom of the Irish Sea.

Meanwhile, others have been heard making keening noises usually associated with having their warm, flat bitter taken away from them.

“The RAF is air-dropping economy size bags of crisps until everything returns to ghastly normality.

“Stay away for at least a year.”