Markets Urged To Make Their Fucking Minds Up

GLOBAL stockmarkets were last night urged to stop dicking about and make their fucking minds up.

As prices continued to yo-yo up and down like a whore's drawers, politicians and business leaders threatened to go in there and knock a few heads together.

Chancellor Alistair Darling said: "I'm all keyed up. I've looked out my recession clothes and I've got my penknife, my torch and my big flask. Let's do this thing."

A spokesman for the Confederation of British Industry, said: "My wife takes less time picking the right hat to wear to the fucking supermarket.

"So far you've been handed £1.2 trillion and, amazingly, no-one has kicked your teeth in. If that's not good enough just say, instead of dropping all these pathetic hints."

He added: "Either go down and stay down, or go up and stay up. Either way, just pick one. I've got plenty of other shit to be getting on with."

But economist Dr Tom Logan insisted: "It won't be long now. We're getting extremely close to what is known, technically, as the 'vinegar strokes' of a recession." 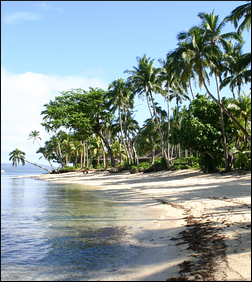 A DAMAGING split emerged at the United Nations last night as western governments called for a new resolution guaranteeing the right to do it on a beach.

France and Germany have demanded a charter on outdoor humping but it has been fiercely opposed by Egypt, Dubai, Saudi Arabia, Yemen and the Irish.

A spokesman for the Dubai government said: “Do you think we are no better than pigs? Backward, medieval pigs?”

Holland, Denmark and Sweden all favour making outdoor sex mandatory and would prefer it if couples performed their intercourse in front of an audience of eight year-olds.

The Dutch ambassador has even called for a system of ‘tag humping’ where both males and females could be substituted by a team-mate half way through.

Britain has threatened to veto any form of tag sex but will support the principle of open-air lovemaking as long as it is done as quietly as possible.

UN ambassador Sir Denys Finch-Hatton said: “The last thing one wants to hear when one is enjoying a round of golf is a lot of people shouting ‘ooooh’ and ‘aaaah’ and ‘stick it in’.”

The US ambassador offered qualified backing for outdoor congress as long as it results in the conception of a Christian baby.

Meanwhile a raft of eastern European states have agreed to support the charter if it includes domestic livestock, aquatic mammals and the larger species of fish.