McDonald’s in weird position of being the ‘ethical burger’

MCDONALD’S has become an ethical burger chain by a process of elimination.

Following protests against rival Byron Hamburgers’ role in an immigration sting, McDonald’s has somehow ended up being a fast food destination for left wing consumers concerned about workers’ rights.

A spokesman said: “We noticed something weird going on when we sold nine salads yesterday across the UK. Normally we sell one of those things every three years.

“There are customers in here reading Socialist Worker and listening to free jazz, I’d describe them as ‘beatniks’. Apparently they’re impressed by our management trainee programme and our policy of letting workers have unlimited fries.

“It’s lucky they don’t know how many people die pouring the lava into our apple pies.”

Tom Booker is a trainee ‘burgerlizer machine’ operator at McDonald’s: “It’s like a big metal drum. Cows walk in, burgers come out.

“My job is to press the red button. I’d never really thought about the ethical side too much but I suppose it’s better than a call centre.”

Woman gets desirable job because of merit 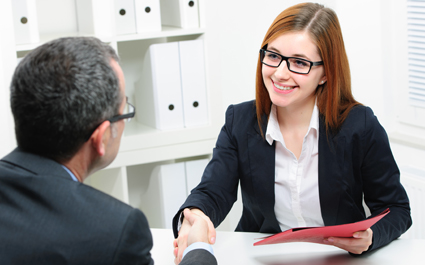 A WOMAN has landed a sought-after job because of her ability rather than some complex network of personal connections.

22-year-old Mary Fisher beat dozens of other applicants to land a role as a production assistant at television company Blue Parrot Films.

A company spokesman said: “We don’t normally hire on merit but she had a lot of good ideas and seemed genuinely keen.

“We realise it’s a controversial move to judge someone on their aptitude rather than family connections, them having gone to the same school or university as one of the directors, or whether they have big tits.

“However I think hiring people who are actually good at things, rather than simply being the offspring of someone you met at a school sports day, could benefit businesses.

“It’s part of a new approach that involves offering actual ‘jobs’ rather than extended periods of unpaid work that are designed to weed out the financially weak.”

However barrister Tom Booker said: “Hiring candidates for some better jobs based on their personal qualities risks excluding some of the more moronic children of the rich.

“Think of the hell Boris Johnson or Prince Andrew would face. I wouldn’t employ those idiots even if it were doing nights in a chicken burger factory.

“In that sense fairness is quite unfair.”