SOFTWARE irritant Microsoft has added to its portfolio of woe with the purchase of LinkedIn.

The baffling $26bn purchase sees the company take on Adobe and Apple as the main reason people shout at screens.

A Microsoft spokesman said: “The dream is that somebody sees they have eight new emails in Outlook, which they have to update, before seeing they’re from LinkedIn, which they’re not even signed up to.

“We’re also going to bring back the talking paperclip so he can ask whether you want to join his network every time you open Word.

“When I visualise it, it’s like a million tiny points of light popping up around the globe as people’s heads glow orange with rage. It’s quite beautiful.”

Many were surprised with Microsoft’s $26 billion valuation of LinkedIn, considering nobody knows what the company actually does.

The sale makes it one and a half times as valuable as Cadbury, despite the fact everyone has had Dairy Milk loads of times.

This bullshit probably going to happen 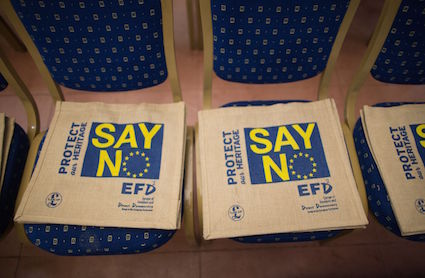 THE bullshit thing nobody took seriously is probably going to occur, it has been claimed.

Latest polls have shown the bullshit thing taking a three percent lead, because of growing concern that foreigners exist.

Professor Henry Brubaker of the Institute for Studies said: “The bullshit thing seems to be gaining momentum.

“People seem to be swayed by the arguments of Boris Johnson, The Sun and people with ‘No Turning’ signs in their driveways who talk about ‘still being able to sell to Europe’ as if they’ve uncovered some conspiracy on a par with faking the moon landings.

“But then on the other side you’ve got David Cameron, Emma Thompson and, somehow, Jeremy Clarkson. Surprisingly enough, people are struggling to relate to them, because they usually talk bullshit.

“What it really comes down to is that the pro-bullshit thing people are older and less lazy, so they’ll actually turn out to vote instead of forgetting until they’re already at work without their polling card, then posting something on social media showing themselves at a fake polling booth made out of office stationery.”

46-year-old Norman Steele said: “I am passionate about the bullshit and strongly believe in some bullshit about sovereignty, despite not knowing what the word sovereignty means.

“Britain needs its own bullshit.”