STUDENTS can have Windows 7 irritate the shit out of them for a reduced fee of £30, Microsoft has announced.

The offer is a massive reduction on the standard £80 price tag, but with the same range of state-of-the-art features specifically designed to send you hurtling towards the very brink of violent insanity.

The company said the operating system will be ready to download from 22 October and after clicking through all the user agreements and restarting your system 85 times it should be ready to install unsuccessfully by Christmas.

A Microsoft spokesman said: "This is a great opportunity for young people to claw at their skulls and scream 'no, no, no, I do not want to load any more fucking updates, you utterly horrifying box full of evil' while trying to arrange cups of coffees and study sessions with their new college pals."

The company insisted the offer was a 'helping hand to our next generation of leaders in tough economic times' while industry analysts said it was obviously nothing more than Microsoft's last, desperate attempt to stop Google from culling it like a fattened pig.

Windows 7 has been introduced after Microsoft admitted its Vista operating system was a 'less good product' in what IT experts have described as the most ambitious understatement since the captain of the Titanic reported some slightly damp tablecloths.

IT consultant, Charlie Reeves, added: "Vista was 'less good' in the same way being tortured for three months in Abu Ghraib is 'less good' than a Belgian three-way with Scarlett Johansson and Lindsay Lohan." 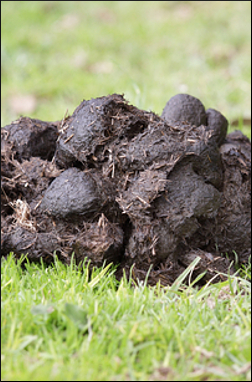 AN oaf who makes no difference to anything was last night targeted by some hippies with no boyfriends.

The angry women dumped a large pile of their own poo onto the oaf's £2m driveway before having their photograph taken while holding up a large sign about the ghastliness of poo.

The hippies say they will continue to dump wheelbarrows full of their own poo in people's driveways unless next month's awareness-raising poo summit in Copenhagen condemns oafs in the strongest possible terms.

The angriest and smelliest of the women said: "We are raising awareness about tomorrow. Every scientist in the world agrees that tomorrow is going to happen, no matter what the oaf writes in the Sunday Times.

"And unless we continually raise awareness between now and tomorrow, that tomorrow is going to be filled with oafs and poo."

She added: "If I can ever pin a man to the floor of my yurt long enough to have children, I want those children to grow up in a world where all the oafs and all the hippies have put their differences to one side and I can go back to using my poo to make jewellery."

But Tom Logan, a man who really, really wants this to stop, said: "I am sick of oafs and I am sick of hippies, especially the smelly female ones who poo everywhere.

"Now, for the love of Christ, would you all please stop shouting at each other and just make an electric car that's not fucking shit."