Microsoft Unveils Xbox That Plays Itself

THE new Xbox allows gamers to reclaim their lives by playing itself, it was revealed last night.

Microsoft’s Xbox Onani is the world’s first entirely self-operated games console, and requires no human intervention after being removed from the box and plugged into a television.

A spokesman said: “Onani just gets on with it, ploughing doggedly through Medal of Honour until 4am on a school night so you don’t have to. All you have to do is not stand on it.”

He added: “The console will not allow you to interact with it in any way whatsoever, indeed if you attempt to do so it will emit an electrical charge powerful enough to take down a female Australian.

“Thus you are now free to enjoy those small fragments of your life that do not involve staring at colours and shapes.”

Xbox Onani features groundbreaking graphics and sound capacity, allowing it to give itself a mind-blowing gaming experience.

Its online capacity allows it to connect with other consoles around the world for multi-machine action, although Microsoft insists that any resulting network of advanced artificial intelligence would be too addicted to the new Ninja Gaiden to conspire against humanity.

Xbox Onani owner Tom Logan said: “As a former Xbox junkie, the Onani has given me my spare time back.

“My wife and I have started watching television again – it’s great for us to be able to sit down together in total silence and let Britain’s Most Haunted wash over us like a sea of piss.”

Christopher Eccleston Claims He Was Doctor Who 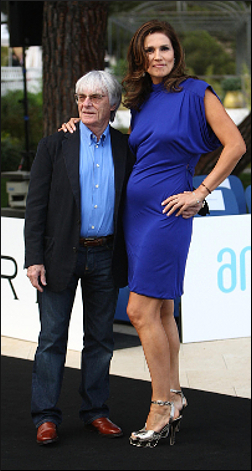 SURLY actor Christopher Eccleston has claimed he was the star of Doctor Who.

Eccleston insists he played the Doctor from March to October 2005 but then stopped because he did not want to become typecast as the sort of actor that isn’t in one grim northern drama after another.

But Stephen Malley, a grade five Whovianist from Peterborough, said: “Well he certainly hasn’t become typecast because I’ve no idea who he is.

“Occasionally you do get actors, desperate for publicity, suddenly popping up and claiming they were Doctor Who at some point. The last time it was John Sessions.”

Eccleston, who is about to squeeze all the joy out of John Lennon in a new BBC drama, told the Radio Times that he ‘did not enjoy the environment and the culture’ of the show, adding: “I thought if I stay in this job, I’m going to have to blind myself to certain things that I thought were wrong.”

But Professor Henry Brubaker of the Institute for Studies said: “By ‘wrong’ he probably meant working past six o’clock at night in contravention of EU working directives, or doing episodes that were not about how Thatcherism destroyed Bolton.

“Unless of course he is claiming that Doctor Who is actually a front for heroin smuggling and under-age goat sex.”

Eccleston has carved out a sort of career for himself after appearing in the landmark 37-part BBC drama London is Fucking Shit, before going on to star in a series of miserable Jimmy McGovern classics including Bastards and Why Won’t it Stop Raining?.

The pair later teamed up for a dismally unsuccessful reworking of the children’s adventure series Monkey where Eccleston played a disillusioned trade union activist who could magically transform himself into a library for working class children.