Nation sick of having heart warmed

BRITAIN has asked retailers to cease their barrage of heartwarming Christmas adverts.

The torrent of tear-jerking, uplifting festive adverts has left the public desperate for a respite from having their faith in humanity reaffirmed.

Stephen Malley of Eastbourne said: “In the last week, my heart has been warmed to the point where it is uncomfortable and slightly clammy.

“There’s only so many anthropomorphised tales of kindness you can take.

“When it comes to the ad break I’m ready for my greed, envy and gluttony to be given a good workout, and instead find myself suffused with a compassionate glow and fellowship for man.

“Frankly I miss the bastard I am the rest of the year. How about an advert where a boy who’s made his  sister a cake has it ruined by an Audi driving through a puddle, or a fox banker tricking a family of rabbits out of their life savings?”

A spokesman for the British Retail Consortium said: “Until the cockles of British hearts are sufficiently warmed to max out their credit cards, the relentless heartwarming will continue.”

'Trump has seen a film about ninjas', confirms Japanese PM 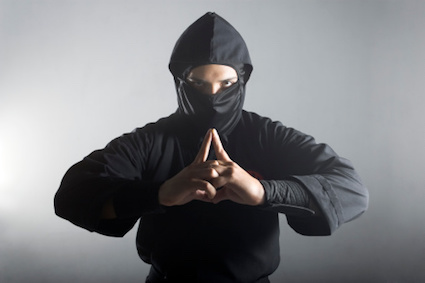 THE Japanese prime minister has confirmed that Donald Trump has seen a film about ninjas and remembers much of it.

Shinzo Abe, who met the president-elect at Trump Tower, was assured that all trade agreements between Japan and the US will be ‘great’ before the meeting focused on the ‘ninja film’.

Abe said: “Mr Trump watched the film on LaserDisc at some time in the 1990s, and enjoyed it, even though it was subtitled.

“The plot apparently revolved around a ninja whose family had been killed by an evil lord and had vowed to take revenge, which unfortunately did not narrow it down.

“At one point he put his swords through the heads of two of the bad ninjas at once and used them as leverage to swing around and kill a third ninja. This was acted out.

“Mr Trump enjoyed the film so much that he bought himself a solid gold shuriken, which he asked his daughter Ivanka to find. She was not able to locate it, but Mr Trump assured me it definitely exists.”

Abe added: “The meeting was very successful. I now know exactly what I am dealing with.”