A NEW designer uniform is going to generate the most amazing improvement in overall quality of life, grateful McDonald's workers said last night.

Nikki Hollis, a flipper from Harlesden, said she was so happy with her new smock and little scarf that she could not wait to get home to her bedsit and show it off to her three year-old son Kyle.

She said the Bruce Oldfield designed outfits would  make her the envy of all her friends, and brought home to her, once again, McDonald's high level of respect for its staff.

"As you can see it's 'mocha' which is all the rage in Milan this season. As soon as I slip these manmade fibres over my head I feel just like Sienna Miller on a night out in Malibu.

"Kyle may not have any toys, and be a bit stunted, but at least I've got something all scratchy to wrap him in when the electricity gets turned off. I think I'll change his name to Bruce."

Hollis added: "I suppose it might have been nice if they'd used the money to give us a pay rise, but it's okay because we already get to help ourselves from the leftover bucket."

Tom Logan, a fryer from Kent, said his new polo shirt was sexy and stylish, thanks to the thin coating of hi-tech spittle repellent.

He added: "We're so pleased with our uniforms we've composed a little thank-you song for the management. Would you like to hear it?" 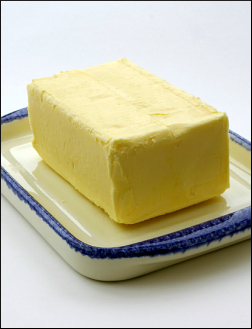 THE socio-economic system which has governed much of the globe for over a century finally stopped working at around 9pm last night, the United Nations has confirmed.

With poor people in fertile countries rioting because they could not afford to eat the food they had just grown, the UN chief said it was time for him to hide in a cupboard.

He added: “As of this moment, free markets, capitalism and the rule of law are – oh, how should I put this? – fucked into a cocked hat.

“Meanwhile, the banks are borrowing money from taxpayers so that they can then lend the same money back to the taxpayers at a higer rate of interest than they borrowed it from them in the first place. Seriously, is it just me?

“Anyway, point is, we’re a bit stumped. The communist one doesn’t work either – in fact it’s probably even worse, and you just end up queuing to buy matches and soap and huddling around oil drums, swigging home made vodka and smoking pathetic, little fags made out of hedge clippings.

“So, if anyone does have any spare systems lying around that they’re not using, please do email me at [email protected]”

Wayne Hayes, a shopper from Gloucester, said: “I don’t know nothing about systems, all I know is I just paid 94p for some butter. What the fuck is that about?”