A SMALL business is staffed entirely by f**king morons who cannot understand why everything takes ages, it has emerged.

Bosses and staff at Trident Kitchen Supplies of Nuneaton have yet to make a connection between the firm’s poor performance and being stupid dysfunctional arseholes.

Managing director Roy Hobbs said: “I sent our receptionist Kelly-Marie on a one-day computer course and she still hasn’t put all our products online like Amazon.

“The only explanation is she’s a lazy cow. I told her to get it fucking sorted this afternoon or she’s out of a job and she just started crying. I don’t care if she’s pregnant, this is strictly business.”

Marketing executive Nikki Hollis said: “I won’t do anything unless someone asks me about six times. It stops things getting done but it makes me feel important which is the main thing.”

“I asked Steve if he wanted me to wipe his bloody arse for him. In fact I say it every time I see him. That’s just good people management.” 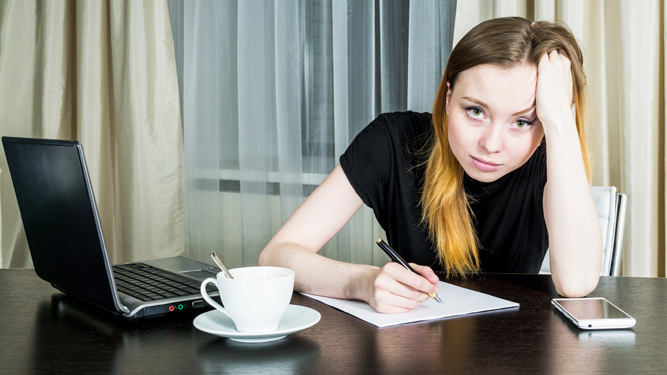 A WOMAN has attacked the BBC after thriller Bodyguard left out all the clever twists she had come up with over the last week.

Susan Traherne had posted an intricate theory of how events would transpire to the internet, where it had won many fans, and claims the real version was ‘bollocks’ in comparison.

She said: “So she stays dead, he’s not a traitor, and eveything works out fine? The twist is there isn’t one?

“I mean come on. My version, in which Keeley Hawes faked her own death and was secretly that male crime boss in a very convincing disguise, was far superior.

“And the backstory I’d sketched out about Budd being a triple agent of Mossad, the CIA and Maoist Peruvian guerillas Shining Path may have been complicated but was ultimately convincing, unlike that shit last night.

“Next time Jed Mercurio writes something let him do the first half and I’ll finish it. He obviously has problems with his attention span, which I know about because of my 11-year-old.”