The Lancashire town is thronging with shiny, smooth-tongued men who talk too fast, all hoping to cash in on the local population’s deep-seated desire to be lied to.

Nathan Muir, chairman and chief executive of Muir’s Genuine Miracle Vigour Potion, said: “I’ll be completely honest with you, this stuff is just out of date Lucozade mixed with fish paste and battery acid. It tastes like utter bloody hell and almost certainly gives you at least three types of cancer.

“I’ve had a hard time shifting it in recent years, mainly because in all the towns I visit they know I’m lying through my teeth and threaten to set their massive dogs on me. And these are places that have Greggs.

“But Oldham’s different. I don’t know if they’re just catastrophically unintelligent or if they get some sort of cheap thrill from hearing my lies.

“I’ve spoken to a few other scam artists and grifters and they all say that Oldham is a gold mine. In fact, the more you lie to them the more willing they are to reward you for it.

“I’d happily live here if it wasn’t, you know, a fucking shithole.”

Anne Thompson, 52, who has lived in Oldham her entire life, said: “Eeeeeeh, I do love a right good lie, me.

“Go on, tell me you’re the secret love child of Joe Pasquale and Kirsty Wark. 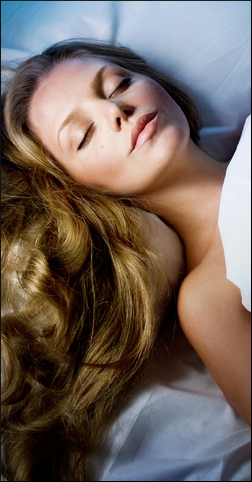 MOST people are managing a sumptuous eight hours sleep a night despite crippling credit card debt, it has emerged.

Researchers have exploded the myth that people with large debts lie awake worrying about bailiffs after finding that most snuggle happily under a Egyptian cotton duvet cover they will never actually pay for.

Professor Henry Brubaker, of the Institute for Studies, said: “Increasingly people are recognising that there’s no heaven and even if there was, St Peter would probably tell the bailiffs to go piss up a rope.

“What are they going to do? Jump in your coffin and wait there until you set up a direct debit?

“So we basically have two choices. Stop buying stuff  – it’s all shit anyway. Or buy an insane amount of stuff, sign up with one of those unusual companies that somehow negotiates half of it into oblivion and then eventually die.

“The credit card people will get all upset but it serves them right for doing something so boring in the first place.”

Helen Archer, a receptionist from Stevenage, said: “I may have Â£16,000 of credit card debt that’s going nowhere fast, but the entire country is up to its nipples in someone else’s money.

“Asking me if I can I sleep at night, is like asking a leper living in a leper colony if he worries about facial lesions.

“If I see a sleep deprived David Cameron, unable to make eye contact with anyone, standing outside Number 10  announcing he has to send 88% of the country into prison for not paying its bills, I might make some hot chocolate.”

She added: “I’ll tell you what does keep me awake at night – the thought of having to live in a bio-sphere.

“I don’t know why, I just think it would be shit.”