Other Authors Tell Rowling To Piss Off

JK Rowling was last night told to 'just piss off' by a group of fellow writers hoping to sell some books this Christmas.

As the Harry Potter author launched The Tales of Beedle the Bard, rivals insisted Rowling's lust for fame would not be satisfied until all the books in all the bookshops in all the world were hers and hers alone.

In a desperate bid to delay the next Potter-based cash machine, Nobel Prize winner Seamus Heaney broke into Rowling's Edinburgh home, smashing her computer keyboard, breaking all her pencils and using her A4 writing pads as toilet paper.

Angry-looking Scotswoman AL Kennedy said: "I spend 12 hours a day writing difficult novels about the intangible nature of loss and the hollowness of betrayal, but somehow she winds up with all the money."

Lesbian feminist Jeanette Winterson added: "The proceeds from this one go to help vulnerable children in eastern Europe. What sort of fucking chance does that give us?"

Critics were last night divided over the latest Potterisation. Stephen Malley of the Daily Telegraph hailed it as the 'best selling book this year' while Tom Logan at the Guardian said the book left him 'overwhelmed by the stench of stale urine'.

Potter-addict Julian Cook, 44, said: "It's a book of wizarding fairy stories given to Emily Watson by Robbie Coltrane – or possibly Alan Rickman – containing clues which help the lad with the glasses to destroy Ralph Fiennes. To be honest I prefer the films."

Karen Matthews: Where She Went Wrong 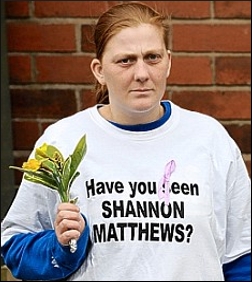 IT'S the age-old story of a mother who teams up with the halfwit uncle of her sleazy boyfriend to kidnap her own daughter and keep her on a nine foot leash until she can con £50,000 out of the News of the World.

As Karen Matthews was convicted on three counts of evil yesterday, experts said the mother-of-seven was actually guilty of textbook errors.

Danny Ocean, a criminal mastermind who successfully raided the vault at the Bellagio, said: "All you need is detailed blueprints, a world class pickpocket, a master of disguise and a very small Chinese guy in a box."

Sir Charles Lytton, an international jewel thief also known as the Phantom, added: "Personally, I would knock out the guards, circumvent the laser protection system by descending from the roof and then I would hide the young girl in a large pot of face cream."

But Wayne Hayes, a sales assistant  from Peterborough who has never been involved in any sophisticated criminal activity, said: "First things first: Promise your daughter a pony.

"Secondly: Don't team up with someone who would struggle to beat a jar of mayonnaise at Connect Four.

"Third: Instead of shoving her under the bed, give her a blonde wig and send her and your non-halfwit accomplice to Butlins for a month.

"And fourth: Make sure your daughter is eventually 'found' by someone who is not in some way related to you, as the police might just find that a tad suspicious."

Meanwhile social workers in Dewsbury were last night under pressure to explain why they did not know Karen Matthews would team up with the halfwit uncle of her sleazy boyfriend to kidnap her own daughter and keep her on a nine foot leash until she could con £50,000 out of the News of the World.