The new treaty means the signatories will now be forced to use one of the thousands of other weapons at their disposal when wiping out entire villages of brown people.

Defence analyst Dr Tom Logan said: "From now on the 'cluster bomb' button will be covered up with masking tape, forcing the pilot to use the his '50mm cannon' toggle or 'laser guided missile' switch instead.

"The downside is that a missile can only take out one building and all its occupants at a time, which means the pilot has to come back over and over again, resulting in higher fuel costs and overtime.

"I suspect cluster bombs may come back into fashion once oil starts heading towards $100 a barrel again."

Meanwhile, Britain has signed up to the cluster bomb treaty, but only after chancellor Alistair Darling unveiled a £4 billion rescue package for the country's cluster bomb industry.

Mr Darling said: "This will allow British companies to diversify into slightly less jaw-droppingly horrifying weapons such as giant machine guns and flamethrowers, that sort of stuff."

Dr Logan added: "The only drawback with this treaty is that America, China and Russia have refused to sign it, thereby rendering it completely and utterly pointless.

"But at least the enemies of Togo will meet fiery death in a significantly less clustered way."

Britain To Take Two Years Off 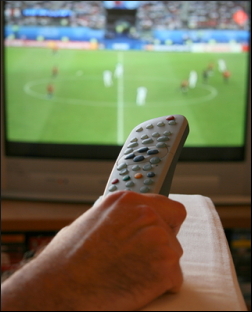 BRITAIN is to take the next two years off to go travelling and focus on its hobbies.

With the government now willing to pick up the tab for everything, millions of Britons are this morning telling their bosses to piss up a rope.

Stephen Malley, a soon to be ex-accountant from Bristol, said: "I'd like to spend some time in China, I'd like to learn how to play the bongos, and I'd like to write a collection of short stories about a sexy west country accountant who solves crimes.

"But I suspect I'll probably just get in a load of crisps and Fanta and watch my Battlestar Galactica DVDs with my hands stuffed down the front of my pyjama bottoms."

He added: "I've always said that the one thing that's been holding this country back is consequences.

Prime minister Gordon Brown said that depending on the length and depth of the recession, the government would consider extending the removal of consequences to energy bills, TV licences, road traffic accidents and murder.

Mr Brown added: "I am very aware that one of the most traumatic effects of an economic downturn is not being able to kill anyone you want to without the police asking lots of annoying questions.

"I want to make sure that funding is available for all those who need to flee the country at short notice with a new identity and a large prosthetic nose."