WAITROSE beefburgers do not contain horses but if they did they would be thoroughbreds, the supermarket has confirmed.

The store removed its range of frozen burgers from sale after it emerged that the horses that have found their way into the UK diet were all fat and useless.

A Waitrose spokesman said: “If – and I stress if – our customers expressed an interest in eating horses we would scour the land for only the finest equine muscle.

“Our horses would be like Black Beauty galloping across the Downs, their flowing manes dancing in the wind as they make for a distant point on the horizon known only as ‘freedom’.

“Then we’d get Heston Blumenthal to mince them up with some organic redcurrants and a vintage bicycle.”

He added: “So to recap – at present, absolutely no horses whatsoever. In future, possibly horses, but really, really nice ones.”

Pointing at her local Waitrose in Stevenage, shopper Jane Thompson, said: “Whatever goes on in there is fine with me.

“I would buy a boned and jointed Amazonian tribesman because I’d know that it would have been ethically sourced and the artisan manhunters would have been given a fair price.

“And as long as it has a nice label.” 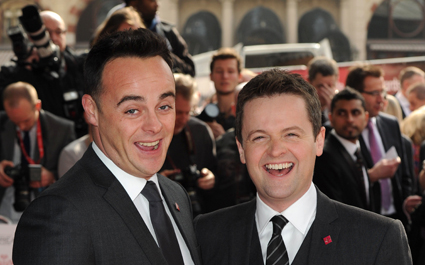 A TELEVISION programme consisting entirely of people receiving trophies has somehow been broadcast.

Viewer Roy Hobbs said: “This has no entertainment value. Nor is it artistic, or educational, or useful. In fact, it appears to have no merit on any level.

“It’s just some strangers in a room, saying they love each other.

“Why is this on? I kept watching in case I was going to get an award, but no.”