RBS Execs To Rev Their Ferraris Very Loudly Outside Your House

ROYAL Bank of Scotland executives are to use their six figure bonuses to buy Ferraris which they will then rev loudly right in front of your house.

The bankers said they wanted to thank you for all the money in a really insincere way which not only rubs it in but reminds you what idiots you've been.

An RBS spokesman said: "When you come to the window they will wave and shout 'cheers motherfucker!' before tooting the horn and driving the car the 20 yards to your neighbour's house where they will then repeat the process.

"Admittedly this will take up quite a lot of office time but when you get £20 billion from the taxpayer for, essentially, fucking up, work does tend to become less of a priority."

After the gloating the bankers will then drive their Ferraris to a rally in Hyde Park where they will hold a contest to decide who is most like Ferris Bueller.

Tom Logan, an executive in the small business division, said: "Life moves pretty fast. If you don't stop and look around once in a while, you could miss it."

He added: "This is my ninth sick day this semester. It's getting pretty tough coming up with new illnesses. If I go for ten, I'm probably gonna have to barf up a lung. So I better make this one count."

Logan then jumped on a passing float, grabbed the microphone and gave an outstanding rendition of Twist and Shout.

Al Jolson To Be Exhumed And Slapped About A Bit 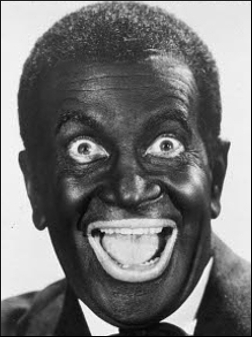 THE corpse of legendary entertainer Al Jolson is to be exhumed and given a right good slap, it emerged last night.

The world's most famous black and white minstrel will be abused amid a fresh wave of anger over things that are supposed to look like black people but don't really.

Jolson, singer of such favourites as Swanee and Oogie Oogie Wa Wa, will be disinterred from his final resting place at the Hillside Memorial Park Cemetery in Culver City, California and punched in the face.

The punching will be performed by the great grandson of the first black man to be offended by Jolson singing Mammy while waving his hands around.

Meanwhile the Queen is to send a written apology to every Afro-Caribbean person in the Commonwealth after it was revealed the Royal Estate at Sandringham was employing thousands of golliwog toys as slaves.

The toys, originally captured and sold to the Crown by the Thatcher family, have now been freed.

But Britain's black population remains split over the issue between those who have far more important things to think about and those who get paid to complain about it.

Tom Booker, an accountant from London whose grandparents were born in Jamaica, said: "That looks absolutely nothing like me. Good day."