RBS To Implode Like House At The End Of 'Poltergeist'

THE Royal Bank of Scotland is just days away from imploding like that house in Poltergeist, it was claimed said last night.

As the bank's share price plummeted, experts said it was now time to bring in a scary-voiced midget to expel the remaining demons before the entire structure is then devoured by a tiny black hole.

Economist Tom Logan said: "In Poltergeist terms, the chairs have been stacked, the little girl has been sucked into the TV and the Beast has been exorcised without his annual bonus."

He added: "This once again demonstrates the folly of building a major financial institution on top of an old Indian burial ground."

The biggest implosion will be at the bank's gigantic headquarters in Edinburgh, followed by a series of smaller implosions as RBS and NatWest branches across the country collapse in on themselves and then cease to exist.

The bank is currently advising all its customers to run away from the light, stressing that anyone who runs towards the light does so at their own risk.

An RBS spokesman said: "We are keen to minimise the affects of implosion on our customers but if you happen to be inside one of these branches at the time you will die and it will hurt enormously."

Meanwhile senior Treasury sources insisted the government will wait until the very last moment before buying the remaining 30% of the bank to ensure taxpayers are left with an asset worth precisely fuck all.

Complementary Therapists To Be Regulated By Witch Doctor 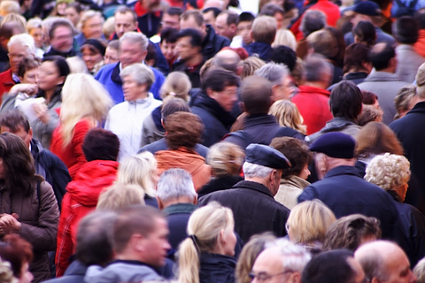 STRICT standards must be applied to alternative medicine, according to the voodoo priest who will run the UK's complementary therapy watchdog.

Haitian born Papa Limba said his first task as chairman of the Complementary and Natural Healthcare Council would be to identify which therapists were righteous shamans and which had the bad juju.

But the witch doctor stressed the therapists would be judged not on the effectiveness of their treatments but on the strength of their mogambo.

Limba said: "There are many frauds and not everyone has as strong a connection to the serpent god Demballa as they like to make out.

"I place my hands on their head and if their spirit vibrates to the rhythm of the ocean I give them a sticker to put in the window.

"If not I rub them with the mashed root of the banyan tree and we never hear of them again."

He added: "Once a year I shall visit them and cast my chicken bones on their consulting room floor. If the bones are still there a week later I report them to health and safety."

A CNHC official said all applicants would be judged on the four key elements: earth, fire, water and the age of the magazines in their waiting room.

Homeopaths will be able to apply for accreditation by visualising the application form and then beaming their thoughts down the nearest ley line.